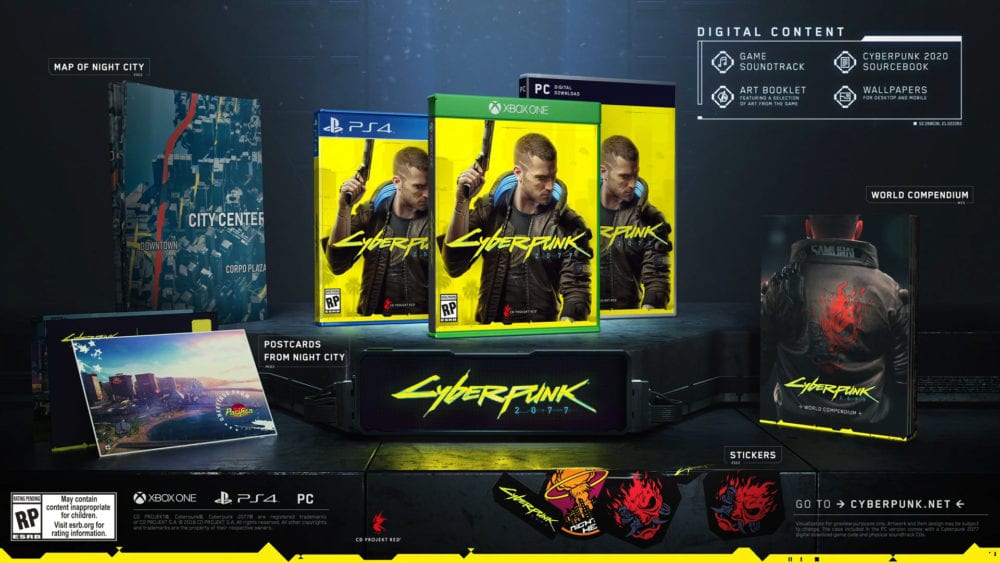 Cyberpunk 2077 is coming and it’s coming soon. In what has been one of the best surprises of this year’s E3, Cyberpunk 2077’s release date has been confirmed for early next year. And if that wasn’t good enough, there are some seriously cool different editions available for pre-order. Here we’re recapping the Cyberpunk 2077 release date, pre-order bonuses, and the various editions you can get.

When is it Releasing? Answered

Cyberpunk 2077 will head to PS4, Xbox One, and PC on April 16, 2020. The game is an open world action-RPG set in the futuristic Night City, a town run by nefarious mega corporations. Gameplay will center around first-person shooting, and its story will feature branching dialogue and quests. We discovered at Microsoft’s E3 press conference that Keanu Reeves will star in the game.

What Editions are Available?

Those wanting to order the collector’s edition should know that stock is fast running out. Amazon is already sold out in some regions.

The Standard Edition only includes a physical copy of the game plus pre-order bonuses.

What are the Preorder Bonuses? Answered

Regardless of which version of the game yet pre-order, you’ll receive the following bonuses:

That’s everything you should need to know about what the Cyberpunk 2077 release date, pre-order bonuses, and the various editions are that you can get. For more useful information on the game, be sure to search Twinfinite.