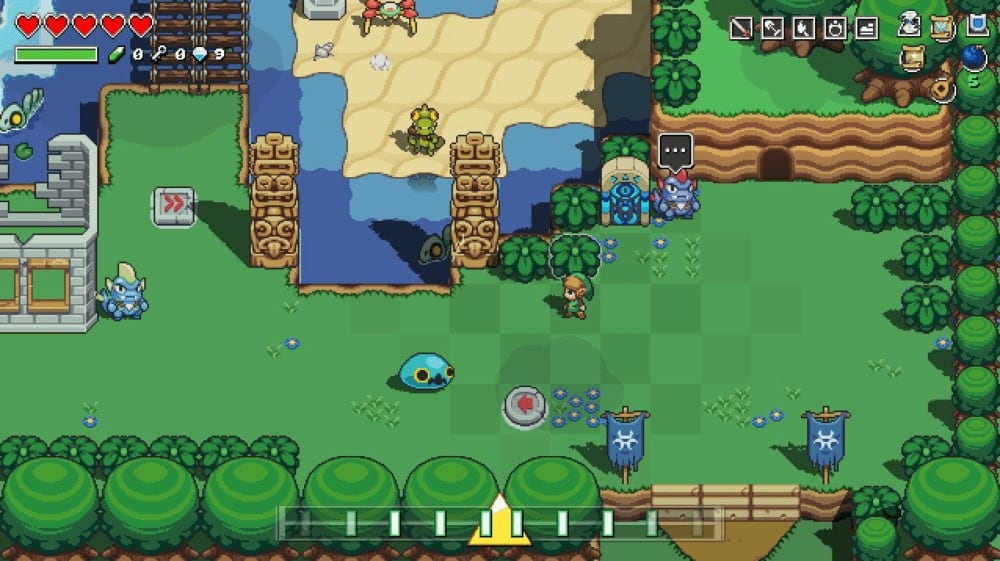 If you’re looking for a good Zelda game to play before the release of Link’s Awakening and that Breath of the Wild sequel, you might want to consider Cadence of Hyrule in the meantime. Here’s how to get the Zora Flippers and start swimming in Cadence of Hyrule.

What Zora Flippers Are Used For

While it is possible for Link and Zelda to get into the water and fight, they can only enter the shallow depths and will drown if you go too deep. The deep water tiles are marked with a darker shade of blue than the shallow tiles.

However, if you have the Zora Flippers, you’ll be able to start swimming, and you won’t have to worry about drowning in Cadence of Hyrule. They’re also required if you want to access the frozen section of Lake Hylia and explore the dungeon here, so, in other words, they’re pretty important.

How to Get the Zora Flippers in Cadence of Hyrule

The overworld map in Cadence of Hyrule is randomized with every game start, so we can’t pinpoint the exact location. However, you’ll want to head to the Frozen Grotto in the Grasslands, which is one of the four dungeons you need to clear to access Hyrule Castle.

Instead of heading into the Frozen Grotto, though, look for a little seaside cave right next to it. This is the Cave of the Zora Prince. Enter it, and you’ll see a bunch of ghosts who don’t have anything to say. Drop a bomb in the cave and let it blow up, and a ghost will show up. You’ll need to defeat the ghost in order to awaken the Zora prince, who will then reward you with the Zora Flippers.

The Flippers are a key item that you can keep with you permanently, so you don’t have to worry about losing it in between runs if you happen to die.

That’s all you need to know about how to get the Zora Flippers and swim in Cadence of Hyrule. Be sure to search for Twinfinite for more tips and information on the game.