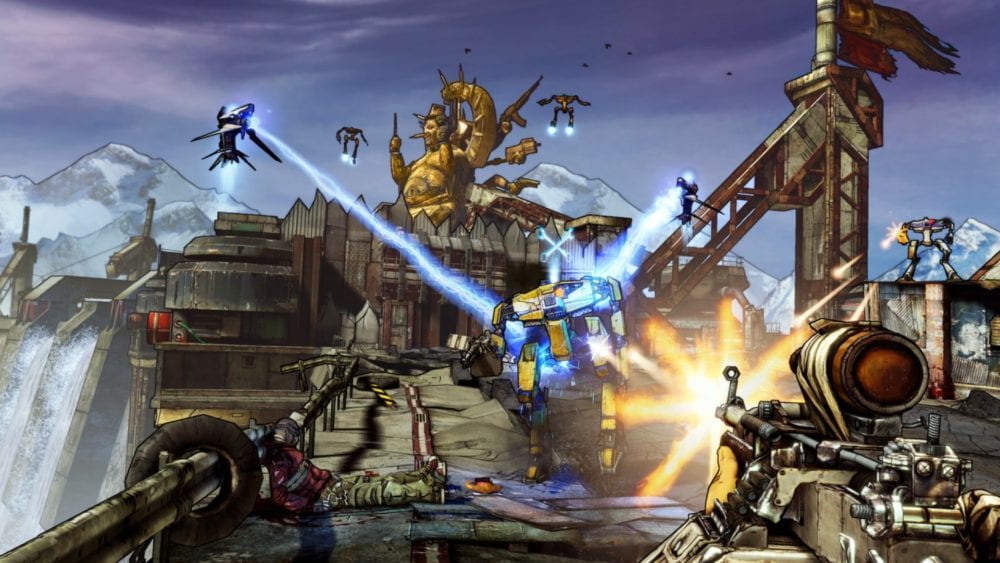 It’s been a pretty good week for Borderlands players, as Gearbox Software has just released a new DLC pack for Borderlands 2, titled Commander Lilith and the Fight for Sanctuary. Here’s how to get the Fastball grenade and what it does in Borderlands 2.

The Fastball grenade mod can be obtained from any loot source in the game, so whenever you defeat a boss or open a chest, you have a chance of getting it. However, if you’re looking to farm it properly, you’ll want to look for Boll.

You’ll need to play through the Borderlands 2 campaign until Lilith returns to Sanctuary, and you’ll be able to accept a side mission from her titled In Memoriam. Track the quest, and head to the Marrowfields area in Three Horn Divide. Here, you’ll find Boll and you can start farming him.

He’s a very straightforward humanoid enemy who’s pretty easy to kill, and he has a higher drop chance for the Fastball grenade mob. So if you want to farm him, just kill Boll, then save and quit your game, and load back in to get him to respawn.

You’ll want to repeat this process until he finally gives you the drop you want.

The reason why the Fastball grenade mod is so sought after is its fast launch speed, and ability to bounce from object to object. It’ll only detonate when it makes contact with an enemy or a breakable object, and has a pretty fast explosion time as well, which makes this one of the most powerful grenade mods in Borderlands 2.

While its blast radius isn’t that great, the Fastball makes up for that with its increased damage output.

That’s all you need to know about how to get the Fastball grenade in Borderlands 2. Be sure to search for Twinfinite for more tips and information on the game.

Smash Fans Want These 6 Characters but Are Going to Get These Instead
By Keenan McCallJanuary 17, 2020
To Top