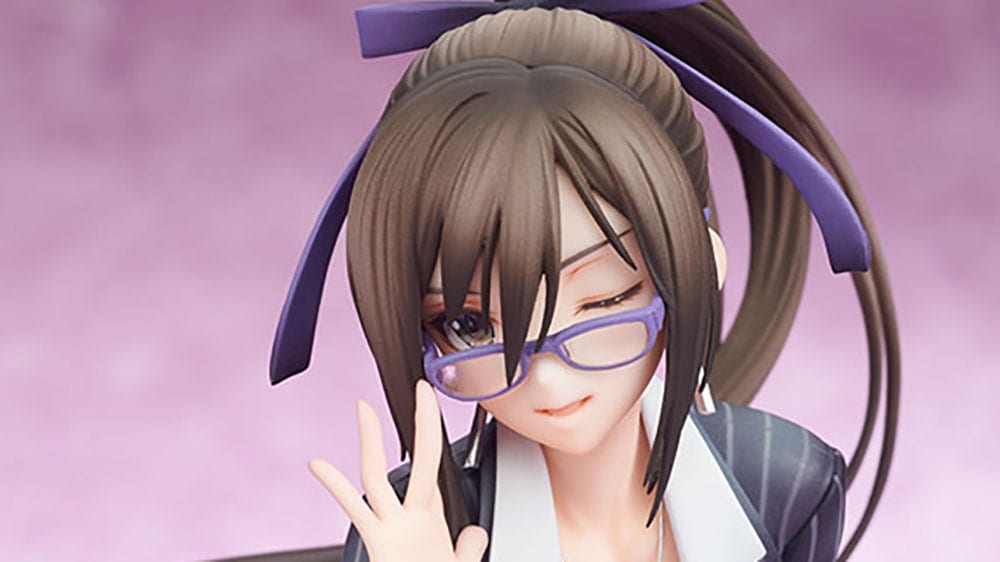 If you love the modern incarnations of the Shining JRPG series, you probably know of the Blade Arcus from Shining spin-off fighting game series. It just got a brand new figure.

Today Tokyo-based manufacturer Flare released a brand new figure, making it available at several retailers including AmiAmi. It portrays Sakuya from Shining Blade in a Teacher outfit from a lovely illustration that character designer Tony Taka created for Blade Arcus from Shining EX for PS4 and PS3.

She is sculpted by Ryo Hashimoto and painted by Emi Hoshina. Standing at 220 mm tall, she comes with a few accessories.

“From the art collection “Tony’s Art Works from Shining World 2″ which Tony drew for the illustration poll comes a figure of the female teacher version of Sakuya.
You can enjoy displaying it in many ways using the included 2 facial expression parts (wink, and both eyes open) and removable glasses.”

You can see what she looks like in the gallery below, including Tony Taka’s lovely original illustration.

The latest game of the series released in Japan is Blade Arcus Rebellion from Shining, which launched back in March and unfortunately hasn’t been localized just yet.