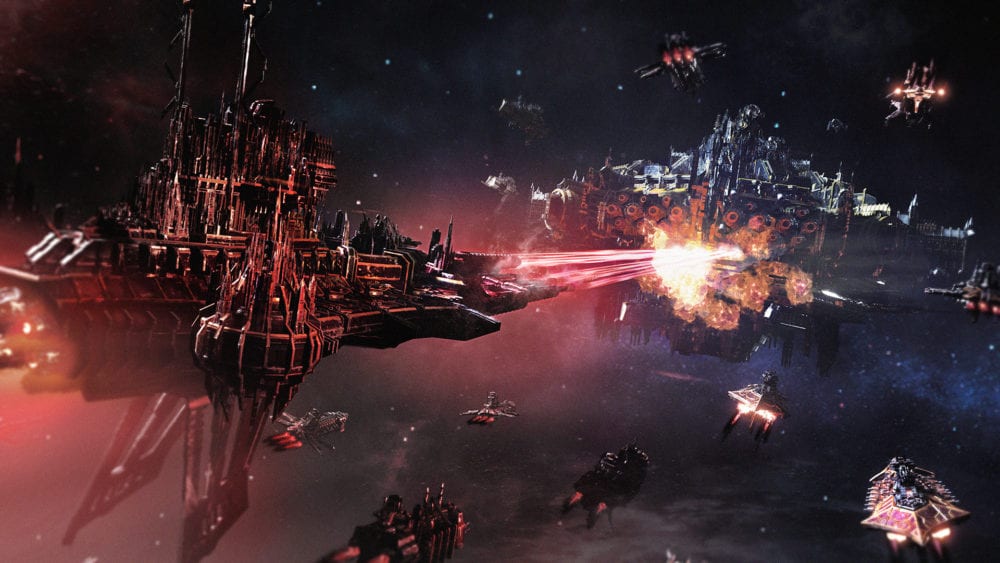 If you are at all familiar with the war-ravaged, grim-dark future of the Warhammer 40K universe, you will know that it is the Chaos Gods and their minions that represent the most overt evil. And today, with the launch of the Chaos Campaign for Battlefleet Gothic: Armada 2, you can bring your own personal brand of sadism to the galaxy.

Races like the Dark Eldar and Space Orks are cruel and barbaric in their own right, but nothing strikes fear into servants of the Emperor like the dread Chaos Space Marines. In the Chaos Campaign, you step into the power-armored boots of Malos Vrykan, and lead the forces of evil in their unending quest to offer every living soul in the universe to their dark masters as a sacrifice.

The Chaos Campaign is the largest expansion that the real-time strategy game has yet received, and alongside it comes a slew of additions, tweaks, and upgrades that will be available to all players. This includes things like an increase to maximum fleet size, economy options, and even faction-specific superpowers.

With new ships, unique missions and campaign mechanics, the Chaos Campaign adds a ton of content to an already hefty title and will keep you busy for many hours to come.

Battlefleet Gothic: Armada 2 released earlier this year, and you can check out the base games launch trailer here.

You can pick up the expansion for yourself on Steam, and the additions that come with it are already live for all players. Be sure to check the trailer for the Chaos Campaign below.