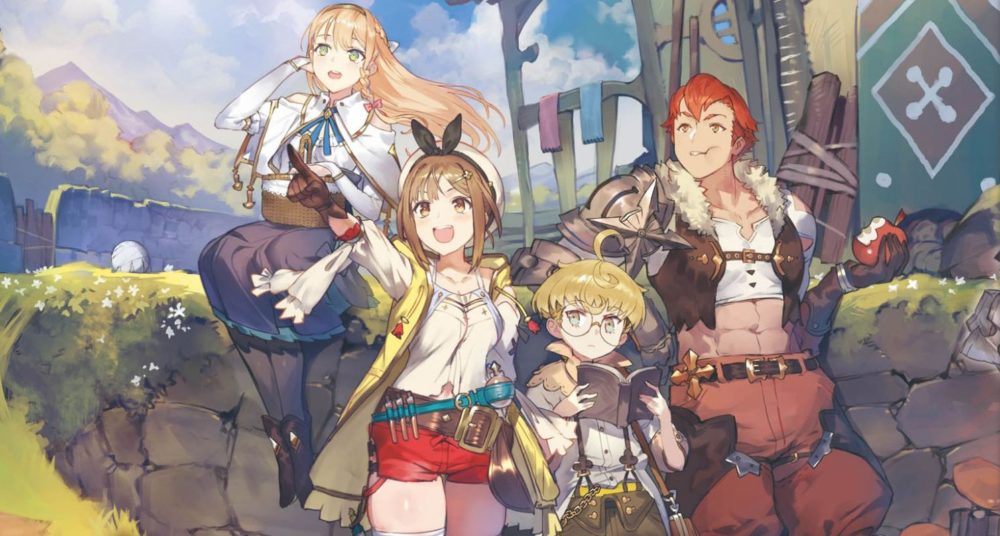 Today’s issue of Weekly Famitsu included a spread on the brand new Atelier JRPG Atelier Ryza: The Queen of Everlasting Darkness and the Secret Hideaway.

We get the reveal of the first characters in addition to the protagonist Reisalin “Ryza” Stout, who was revealed last week with the first screenshots and the first video.

Rent Marslink is a boy shunned in the village due to certain reasons. His dream is to recover his reputation, and he wears his mercenary father’s armor. While he looks a bit flashy, he has common sense and often gives Ryza good advice.

Tao Mongarten always goes around with an ancient esoteric book that he found in his house and he’s working on deciphering. He’s shy and not very good at making friends, but he would never abandon the few he has.

Klaudia Barents is the daughter of Robert Barents (also showcased in the images), a traveling merchant. While she’s usually quiet, she is also strong-headed and unable to easily give up her opinion, but she actually wants to be friends with everyone. She uses wind instruments as weapons. Her father is quite overprotective.

The game is set on the island named Kuken in the middle of a lake. Ryza is a common girl living in the village of Rasenbosen. As she and her friends feel anxious about the boredom of everyday life on the island, they put a plan in motion to leave the village and go on an adventure.

As they meet a man who utilizes the power of alchemy, Ryza is charmed by that and decides to become his apprentice aiming to be an alchemist herself.

Interestingly, we also see an aspect of the new visuals of the game, as the developers are going to use light and shadow to showcase the passing of seasons, including elements like autumn leaves or the contrast created by the sun in the summer.

You can check all the images out below. Do keep in mind that they come from magazine scans, so the quality is not perfect.

Atelier Ryza: The Queen of Everlasting Darkness and the Secret Hideaway is coming in Japan in 2019 for PS4, Nintendo Switch, and PC.