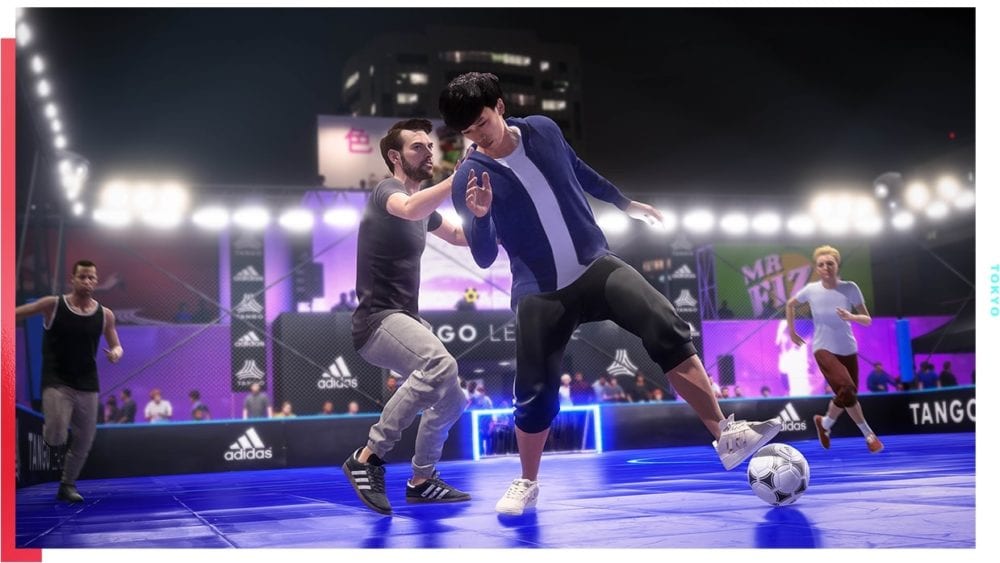 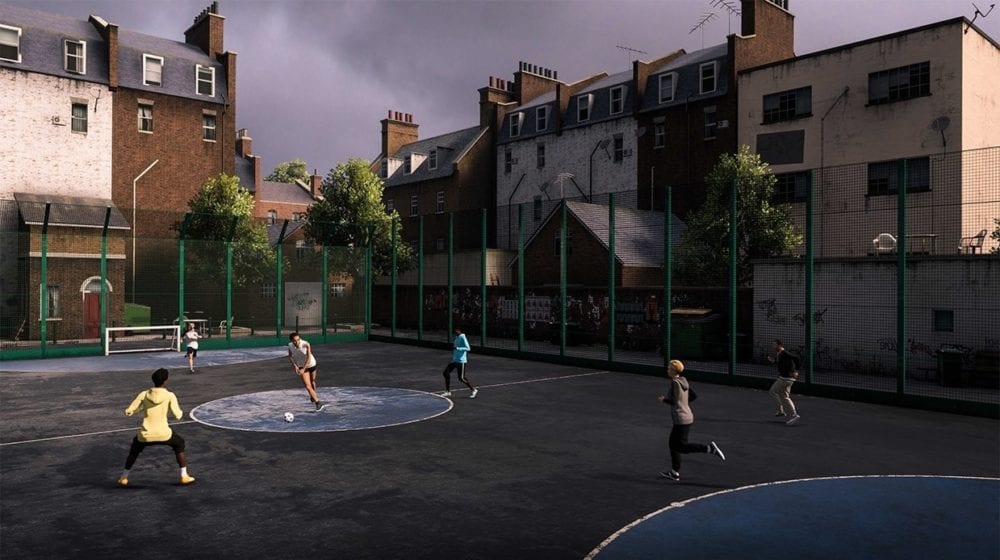 The announcement of FIFA Volta in FIFA 20 is a pretty huge deal. For years now, fans have been asking and hoping that a new FIFA Street title would eventually be announced, and lo and behold EA Sports go ahead and just drop a full-fledged Street-style mode right into the next annual installment of the title.

While we already know that the game’s going to have a Kick-Off mode where you’re free to tweak the number of players per side, and whether or not you even have goalkeepers, there’s been little word on co-op modes.

In an interview with Eurogamer, however, it was revealed that you can “play Volta mode with more than one friend. You can do couch co-op with a pal who’s next to you in person…” when the game releases, but that’s about as far as co-op will go for the time being.

That being said, the EA spokesperson did mention that there’s a chance Volta “will evolve over time,” so there’s always the possibility we could get even more opportunities to play alongside more of our friends in a game of street soccer.

What that means exactly, we’re not entirely sure, and it’s a bit of a non-answer, but we’re still going to be optimistic for the sake of this post and pray that they’ll hear our cries and give the fans what they want.

We’re talking a Pro Clubs-style mode that sees you and your friends’ various avatars join a side and take on others in a game of street football. The 3v3, 4v4 and 5v5 modes of Volta would enable you to tailor your matchmaking to the number of friends you’ve got online, or if we just get a 5v5 mode, have AI players fill the gaps just as it is in Pro Clubs currently.

Again, this is definitely not going to be something we get at launch, and if we’re being realistic, it’s unlikely EA Sports will drop this in as part of an update. We stay optimistic though, after all, I don’t think many fans saw Volta being bundled into FIFA 20 at all.

If there’s one thing that sticks in your mind from the FIFA Street titles, it was likely the plethora of absolute bangers that made up the series’ various soundtracks. These weren’t necessarily your chart-toppers or hits from the biggest and most well-known artists from around the world.

Instead, it included a mix of the likes of Wretch 32 and Example’s Unorthodox, right through to Quantic and His Combo Barraro’s Un Canto a Mi Tierra (Cut Chemist Remix). In other words, songs that just epitomized the flair, fast-paced, and skill-based focus of the frenetic street football action taking place before your eyes.

EA Sports has always done a great job with curating some rather excellent soundtracks for the FIFA series, be it the annual franchise or the Street spin-offs, and we can only hope that Volta will have its own eclectic mix of toe-tapping tunes to get you into the samba style of play within the mode.

Some Goofy Cheats for Nostalgia’s Sake 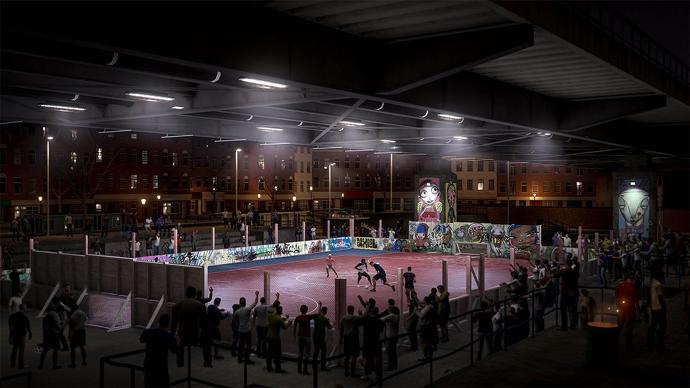 Cheats, for the most part, have become a thing of the past, and as much as that’s probably a good thing when it comes to the online and competitive multiplayer side of things, was there really anything better than having you and your friend duke it out with mini players in the original FIFA Street? No, we didn’t think so.

Though the likes of unlocking all venues or clothes options aren’t going to be a thing in Volta, it’d be a great little throwback to the good ol’ days of the FIFA Street era to have tiny players, giant players, and giant heads cheats or modes that can be enabled for a little bit of tongue-in-cheek fun. Hey, it might be a bit out there, but a fan can dream!

What would you like to see make its way into FIFA 20’s Volta mode? Let us know down in the comments below.