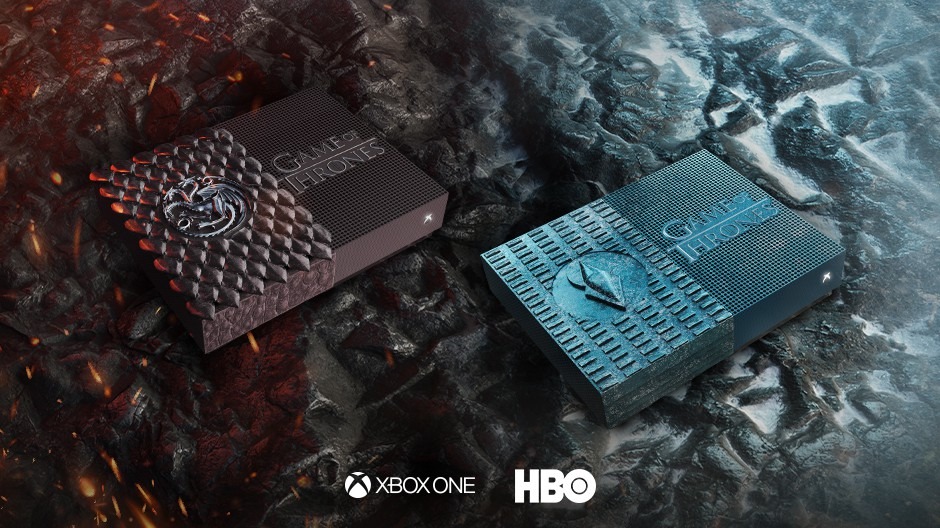 Xbox has announced that they will be giving away custom Game of Thrones consoles in honor of the show’s final season. There are a total of two Xbox Ones up for grabs with either a unique Night King or House Targaryen design.

These Xbox Ones are specifically Xbox One S All-Digital Editions and will come bundled with Minecraft, Sea of Thieves, and Forza Horizon 3. If you are unfamiliar with these new consoles, they are designed for gamers who want to play exclusively digital games as the systems do not include a disc drive.

As for the visuals of the Xbox Ones, the Targaryen version ” is covered in leather dragon scales and prominently features the Targaryen crest” and The Night King system “is affixed with weathered tin metal to replicate his iconic armor.”

The news post for the giveaway also teased even more Game of Thrones related Xbox announcements and stated that they “have one more surprise planned for fans.”

Right now it is unclear what this surprise could be but with E3 rapidly approaching there is a chance it could be part of what Xbox has planned for the show.

Anyone who wants to read over the giveaway’s official rules can do so here. For more on the Xbox One S All-Digital Edition, be sure to check out our coverage of new console’s announcement. If you want more Game of Thrones, you can take our Which Game of Thrones Main Character Are You Most Like? quiz.