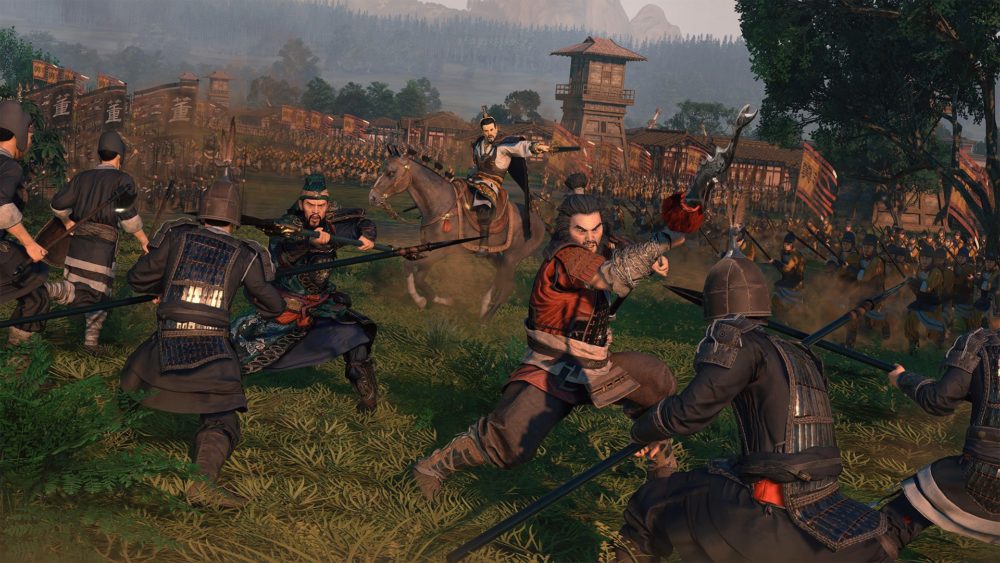 Three Kingdoms, as you might imagine, is set in the Three Kingdom period of Chinese history. It focuses on the relationships between the enigmatic and often larger than life personalities that dominated the era, and their struggles to bring order to the chaos.

Liu Bei is the Imperial Uncle, related to the Han Emperor himself, and this gives him a legitimacy not shared by other warlords of the time. He is an honorable man, true to his word and his friends, and fights to protect the common folk from the ravages of war.

The trailer is suitably epic, and CA has a long history of producing high quality, in-engine trailers. It features a soaring orchestral score and shows Liu Bei fighting to protect retreating peasants from the advancing forces of Cao Cao, Liu Bei’s rival and one of the more fascinating leaders of the era.

It also showcases Liu Bei’s bond with his sworn brothers, Guan Yu, and Zhang Fei. Their fellowship is renowned in Chinese legend, and these bonds will have an effect on gameplay. Players will receive a bonus when fielding all three together, and if one falls, the surviving brothers will enter a berserk state, receiving powerful buffs as they seek revenge.

Be sure to check out the trailer for yourself, while it is quite short, it really sets the tone for the campaigns to come.

Be sure to check out the recently released Warlords trailer, too, if you are still trying to decide which faction to play as. Each has its own strengths and weaknesses, and there is something to suit whatever playstyle you might favor.

Total War: Three Kingdoms is set to release for PC on May 23.