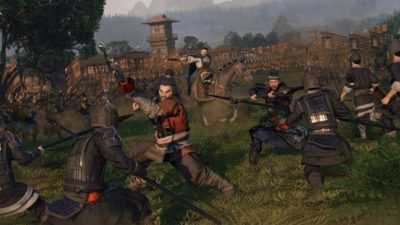 Are There Cheats in Total War Three Kingdoms? Answered

Cheats often add a fun element to strategy games, beyond making them easier, so they can be a highlight for some players. If you’re one of the players who were hoping for cheats to be included, you’ll be disappointed.

There are currently no official cheats available for Total War Three Kingdoms. That’s understandable, since the game has only recently released and it would be best to play through as intended, without any extra help.

There are unofficial cheats engines available for the game online, but you should use those at your own risk, since they have not been included by the developers. They’re easy to find online if you’re intent on using cheats and are familiar with how they function.

Of course, it’s entirely possible that cheats are added to Total War Three Kingdoms some time in the future. If they ever are, we’ll be sure to update you here.

That’s everything you need to know if there are cheats in Total War Three Kingdoms. For more tips and tricks on the game, be sure to search for Twinfinite. We have also listed some other helpful guides on the game down below if you’re looking for more help.