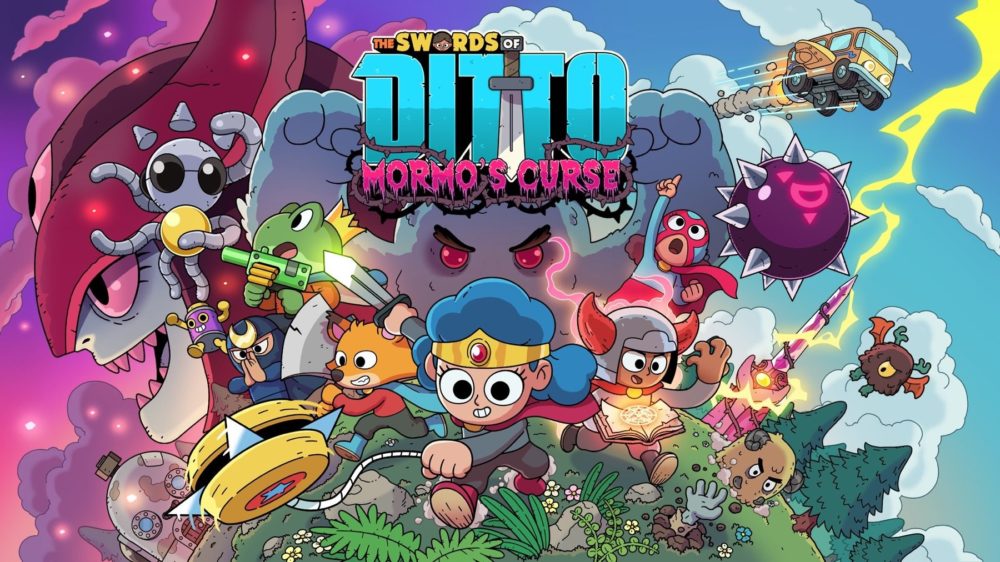 Just over a year after The Swords of Ditto was released Onebitbeyond has added Mormo’s Curse to the game as a free expansion. To celebrate the new content, publisher Devolver Digital has put out a launch trailer for the update.

The video highlights many of the new things coming with Mormo’s Curse and features footage of the expansion’s new areas, enemies, bosses, and gear.

Arguably the most significant change coming with the new update is the removal of the game’s permadeath feature. Now as long as you do not die while in Mormo’s Palace or while playing in Hero Mode, you will respawn at your house having lost a small amount of cash and fragments.

In The Swords of Ditto Steam news post about Mormo’s Curse, Onebitbeyond says that the removal should make the title “more forgiving and easier to enjoy.”

Additionally, the developer states that the team has reexamined most of the game and a number of overall improvements have been added as a result. In particular, they say updates were made to room layouts, item carry over, menus, the user interface, the Air Kazoo map, memory management, dialogue, and localization.

On paper Mormo’s Curse seems like it is bringing a lot of smart additions to The Swords of Ditto that should improve the overall experience, but fans will need time with the new update to see if they like the changes.

If you want to read through the game’s Steam news post for yourself, it can be found here.

You can watch the expansion’s launch trailer below. For more on The Swords of Ditto, be sure to check out our original review of the game and 7 crucial tips and tricks for beginners guide.