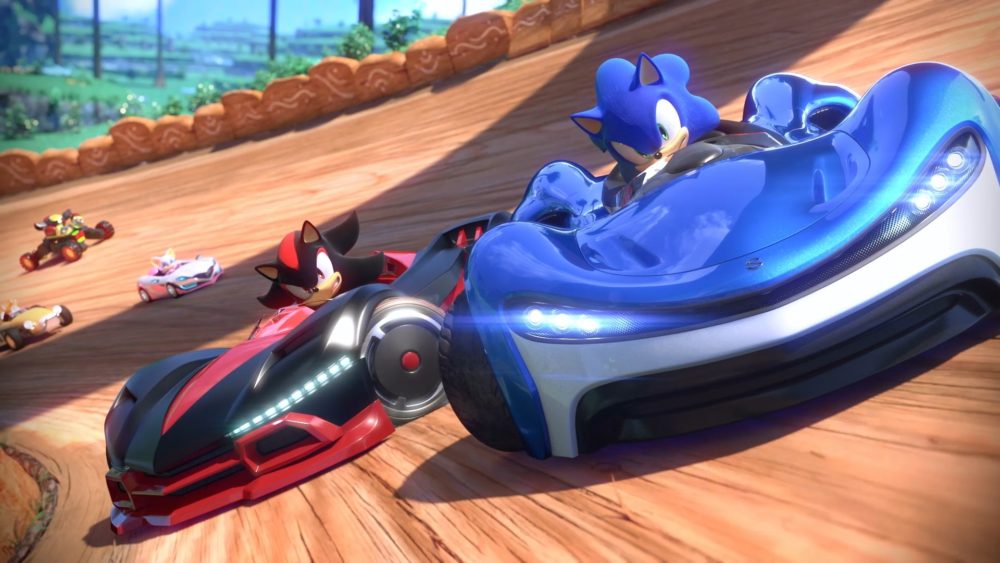 Team Sonic Racing has a ton of different items and power-ups, known as Wisps, that you can use while you’re racing through its various tracks. Collecting the red spheres on a track will grant you one item to use, but you need to know how to do it first. Here’s how to use items and throw them behind you in Team Sonic Racing.

Once you’ve collected one of the red item spheres during a race, you’ll see its icon pop up in the top right of your screen, inside the item box. Now all you have to do in order to use it is simply hit the X button (A on Xbox One and B on Switch).

There are certain Wisps in Team Sonic Racing that can be thrown behind you, like the Cube or Rocket, and luckily doing it is easy enough. When you have an item like that equipped what you want to do is tilt back on the left stick, then hit circle (B, A) to launch the item behind you.

For example, in the case of the Cube, it’ll drop one right behind your car, whereas the rocket will fire off straight behind you. If you want, you can also hold the square button (X, Y) to look behind you and aim.

All Items in Team Sonic Racing

In case you’re a little foggy on anything, here’s a full list of all the items in Team Sonic Racing and what each one does.

That’s everything you need to know about how to use items and throw them behind you in Team Sonic Racing. For even more tips, guides, and info make sure to search Twinfinite.