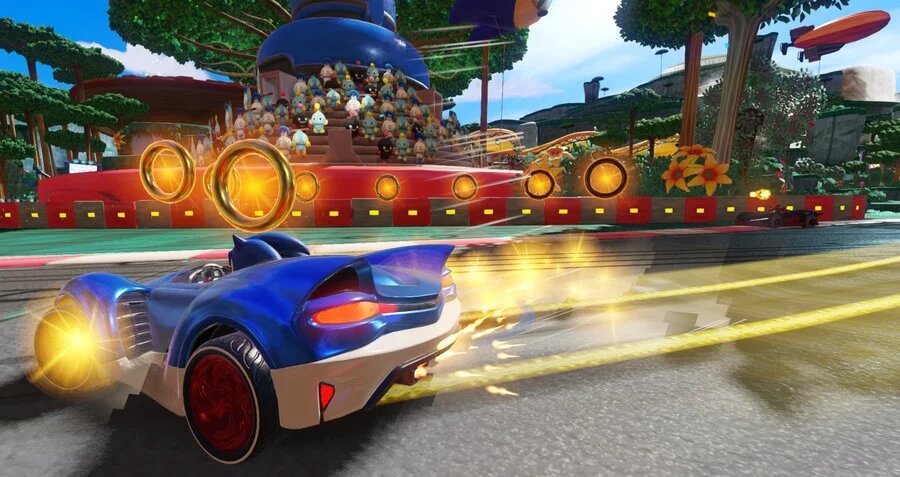 Team Sonic Racing is a bit different from your traditional kart racer, as it puts a huge emphasis on co-operative gameplay. These races give you a bunch of options for working with your teammates, one of which is the Slingshot. If you’re a bit confused, however, here’s how to Slingshot in Team Sonic Racing.

How to Slingshot in Team Sonic Racing

Slingshotting is a new feature introduced with Team Sonic Racing and one that’s entirely based around teamwork. It should be said, of course, that this feature can only be used in team races and not single races.

The trail serves a couple of different purposes, the first of which is charging your Team Ultimate meter. Stay in the trail to charge the meter, and stay in the trail long enough and you’ll also be able to Slingshot.

This does exactly what it sounds like, giving you a big boost and slingshotting you up to and past your teammate. The feature works as a great way for teammates to catch up if they’re far behind.

It’s honestly not hard to use, and you’ll only need to stay within the yellow trail for 5-10 seconds. Just be aware, of course, that every other team has the same ability, so you’ll definitely want to be taking advantage of the Slingshot at each and every opportunity you can.

That covers everything you need to know about how to Slingshot in Team Sonic Racing. For even more tips, tricks, and guides make sure to search Twinfinite. Feel free to ask any other questions down in the comments below, and we’ll do our best to get you an answer.