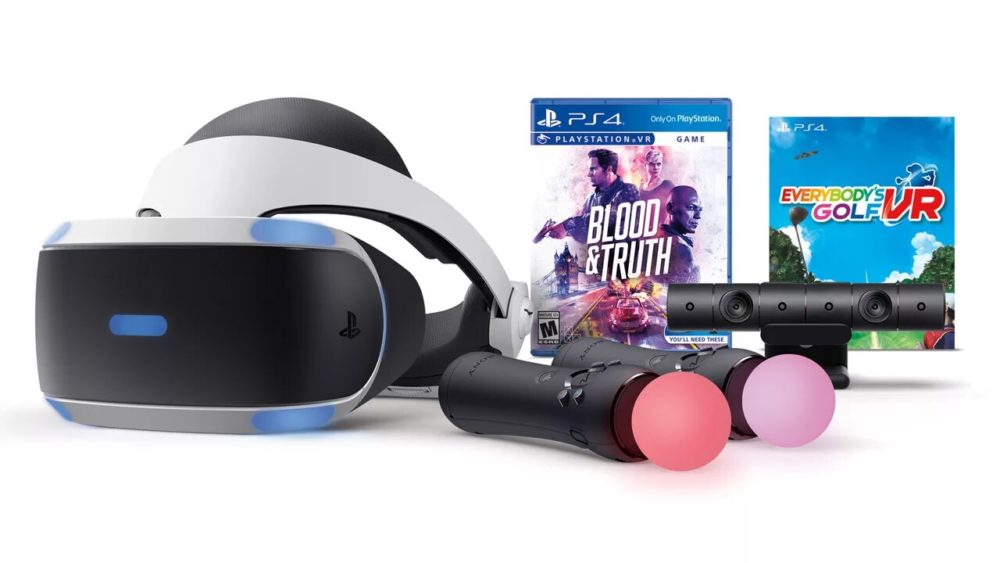 Three years after its initial launch, Sony’s PSVR headset remains the most commercially successful VR unit on the market. But for anyone still on the fence, they’ve just announced two new bundles that make it an even more attractive package.

The first of these includes Everybody’s Golf VR, as well as Blood and Truth, a London-set VR shooter where you play as an elite soldier. You’ll also get a PlayStation Camera and two Move controllers. The bundle is set to release for $349.99 on May 28.

The second bundle doesn’t come with Move controllers, but with some substantial games, nonetheless. These are Five Nights at Freddy’s VR, a new iteration in the cult series that launched a few weeks ago, and Trover Saves the Universe!, a rude-humored game from the writers of Rick and Morty. This particular bundle comes in at $299.99 and includes the two aforementioned games and a PlayStation Camera.

Meanwhile, Nintendo took the Cardboard approach and released their Labo VR Kit, which caused many trying to play Breath of The Wild to have nausea. And a not too long from now, we’ll be getting a brand new, cordless headset, the Oculus Quest.

But PSVR has really led the charge recently with two stellar games in last year’s Tetris Effect and Astro Bot. Now, with this latest shift from $500 to $300, or $350 including a game or two, it looks set to continue building on that success.

For more on PSVR, read our list of the 10 best 2018 PSVR games, as well as a preview of 3 of the best upcoming games.