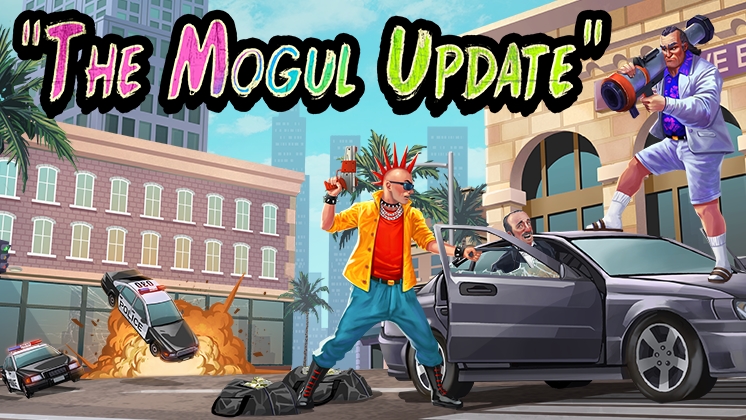 Vblank Entertainment frontman Brian Provinciano pledged early updates to Shakedown: Hawaii after its release and is already living up to that promise.

The Mogul Update is Shakedown: Hawaii’s first patch, adding plenty of new content, bug fixes, and quality-of-life changes. The core of this update is tailored towards guiding players into a more fluid gameplay experience.

In a press release, Vblank Entertainment writes, “Shakedown: Hawaii is designed such that after you’ve completed the main story missions, you’ll have the resources to easily acquire the entire island. You can earn extra cash and territory by completing shakedowns, but the big payouts occur on story missions. This wasn’t conveyed clearly enough initially, and some players focused entirely on the shakedowns, ignoring the main missions, and thus, struggled to earn the capital they needed for island domination. The update adds more dialogue and guidance to better steer players towards the end goal.”

The Nintendo Switch and PlayStation Vita versions of this update have both been submitted for certification but are not yet live. The Nintendo 3DS release of Shakedown: Hawaii is still in the works.

Next #ShakedownHawaii update will add the ability to sell your “equipment” at pawn shops to earn pocket cash and discard unwanted items. Stay tuned! pic.twitter.com/Jp0IuzXAlK

Shakedown: Hawaii is already 50% off ($9.99) for a limited time on the Epic Games Store as part of their first Epic Mega Sale.