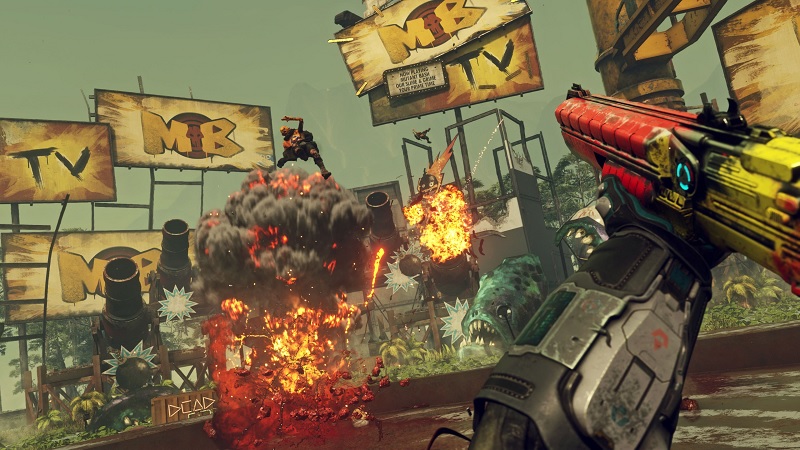 Rage 2 is the latest post-apocalyptic first-person shooter game from Avalanche Studios, id Software, and Bethesda. It puts players in the shoes of a Ranger named Walker as you’re tasked with taking down the threatening Authority faction. Here’s how to get and change weapon skins in Rage 2.

How to Get and Change Weapon Skins in Rage 2

How to Change Skins

If you feel like your weapons are looking a little drab, or if you’re getting bored with their look, you can switch things up by changing out the weapon skins.

Bring up the character menu and head over to the Weapons tab, then select the weapon that you want to customize. Press the triangle button (or Y if you’re on Xbox One) to see the available skins you have for that particular weapon, and then simply select the one you want to equip.

That’s all there is to it. It’s also worth noting that the skins are purely cosmetic and don’t seem to have any bearing on gameplay whatsoever, so you can change up as much as you’d like without having to worry.

How to Get More Weapon Skins

Of course, before you can change skins, first you’ll need to actually get more of them.

The event itself will be unlocked naturally as part of the story once you get to Wellspring, so don’t worry about rushing to unlock it when you start.

That’s all you need to know about how to get and change weapon skins in Rage 2. Be sure to check our Rage 2 guide wiki for more tips and information on the game.