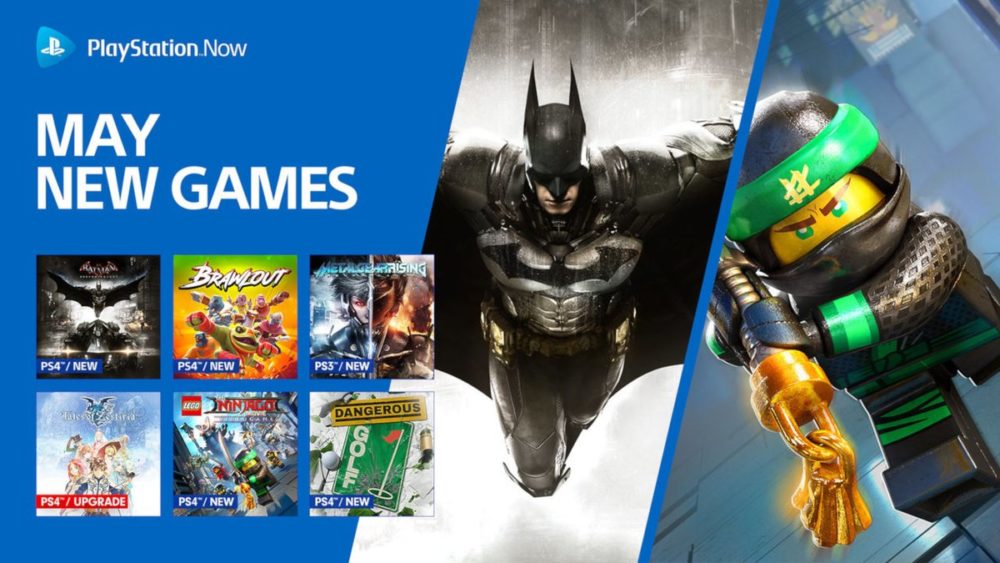 Sony has added nine new games to its PlayStation Now streaming service today, announced via the PlayStation blog. Two of the biggest titles in this list include Rocksteady’s Batman: Arkham Knight and Platinum Game’s Metal Gear Rising: Revengeance. Tales of Zestiria, while not a new game to the service, will be also getting a PS4 upgrade.

The full list of games added are as follows:

Sony’s PlayStation Now service has had a steady flow of games each month since it’s launch back in 2014. Gamers looking to explore a vast back catalog of games on both the PS3 and the PS4 can use the streaming service to stream games right to their PS4 consoles.

However, despite recent improvements to this service, you’ll need a strong Internet connection in order to play games with minimal input lag.

Users looking to get into the action have three different plans to choose from when signing up for PlayStation Now. You have the choice of either starting a 7-Day Free Trial or paying $19.99 for a monthly subscription, $44.99 for the 3-month plan, or $99.99 for the one-year subscription.

Games are accessible from the PlayStation 4’s UI and are playable for as long as your subscription is active.