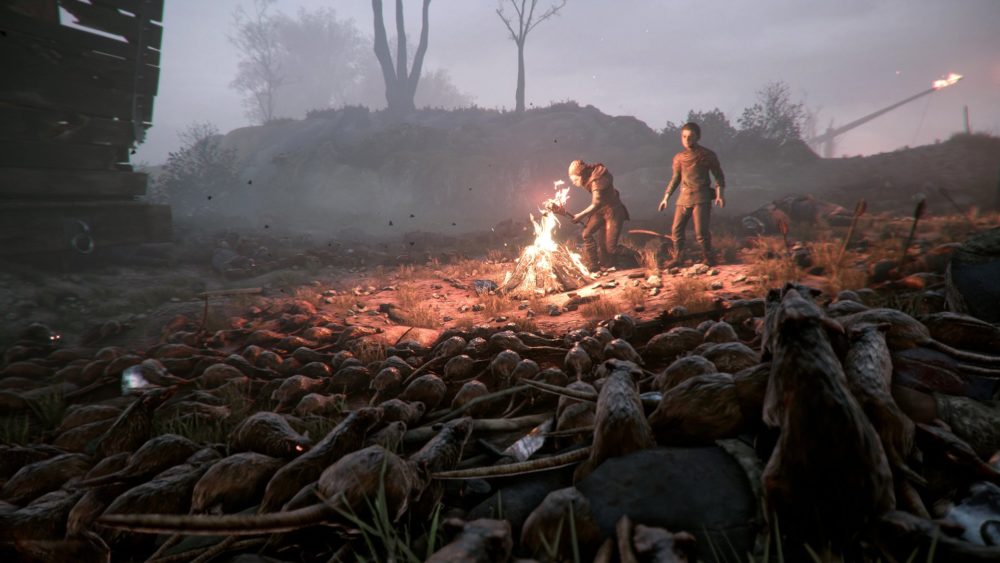 Plague Tale Innocence is the dire tale of two siblings, Amicia and Hugo, who are tasked with surviving the hardships of the first part of the Hundred Years’ War. Alongside famine and disease, the two have to hide from guards and use their smarts to solve survival puzzles. If you’re here, you’re probably wondering if there is co-op multiplayer in Plague Tale Innocence, after all it does star two children that work together to survive.

Is There Co-Op Multiplayer in Plague Tale Innocence

The puzzles in-game include maneuvering around a sea of blood thirsty rats that will devour anything in its path not protected by fire.

Considering there are two characters, a logical question many player have about the game is if it features co-op or not. The short answer to that question is, no, it does not have co-op multiplayer.

While you will traverse Plague Tale Innocence with both of the game’s protagonists, the player only has the option to control the older sister, Amicia. She is able to move around freely, solving puzzles, lighting fires, crafting helpful gear, and even killing enemies.

Hugo on the other hand has much more passive abilities. He can be directed towards objects that assist Amicia with the main objective, like sneaking through small gaps to unlock doors or collect useful objects.

For the most part, the younger brother simply sticks by his older sister’s side, rarely even letting go over her hand when they explore. This isn’t entirely surprising, as not only is Hugo a small child, he gets more sick as the game goes on.

While Plague Tale Innocence had the potential to be a grim bonding experience akin to games like Brothers, it is unfortunately a single player game all throughout.