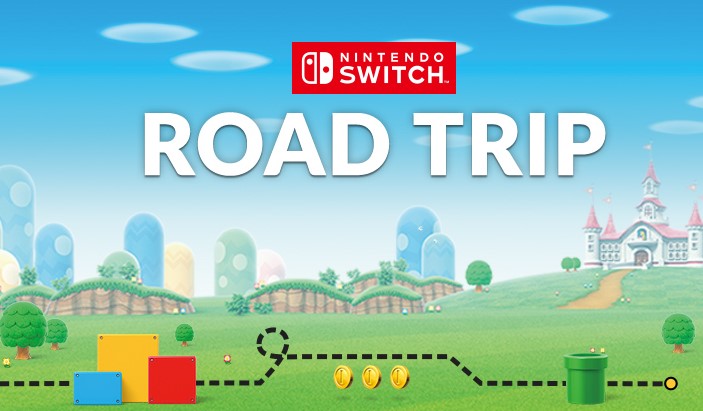 Early this morning, Nintendo of America announced on Twitter that they’ll be heading around the United States this Summer as a part of the Nintendo Switch Road Trip.

Like past Summer events that Nintendo has thrown, there will be numerous game demos available to the public at each event. The road trip will have multiple stops across the country from June 26 (Chicago, IL) all the way until Oct 6 (Perry, GA).

If their setup looks anything like the images they released along with the announcement tweet, it’ll be a hard spot to miss. There’s a tent covered in Nintendo Switch logos and two massive joy-cons bookending the entrance. The semi truck they showed is equally as decked out in Nintendo logos and a few recognizable characters.

The list of game demos available at the event is mostly Nintendo first-party titles, with Overcooked 2 being the one exception. The other games you’ll get to try out at the event are Super Mario Maker 2, Splatoon 2, Mario Kart 8 Deluxe, Pokemon Let’s Go Pikachu and Eevee, Super Mario Party, and Super Smash Bros. Ultimate

The most notable game on that list is Super Mario Maker 2. The first tour stop begins on June 26, which is two days before the game is released. That means this event will be the first time outside of E3 that the public will be able to get their hands on the new Nintendo title.

Even though it’s technically a Summer tour, this event will go well into Fall. Here is the full list of stops for the Nintendo Switch Summer tour:

Also, for anyone who has a My Nintendo account, there will be a little incentive for you to attend one of the tour stops. Like so many of these past Nintendo events, you will receive a game passport upon entry. This will have a handful of blank spots for stamps.

Each time you complete a demo one of the Nintendo reps will give you a stamp. Once the passport is full you’ll get to scan a QR code that will reward your My Nintendo account with 100 Platinum Points. These points can be used for PC wallpapers, 3DS themes, and much more.

If you’re interested in what else Nintendo is up to this Summer you can check out their list of E3 plans.