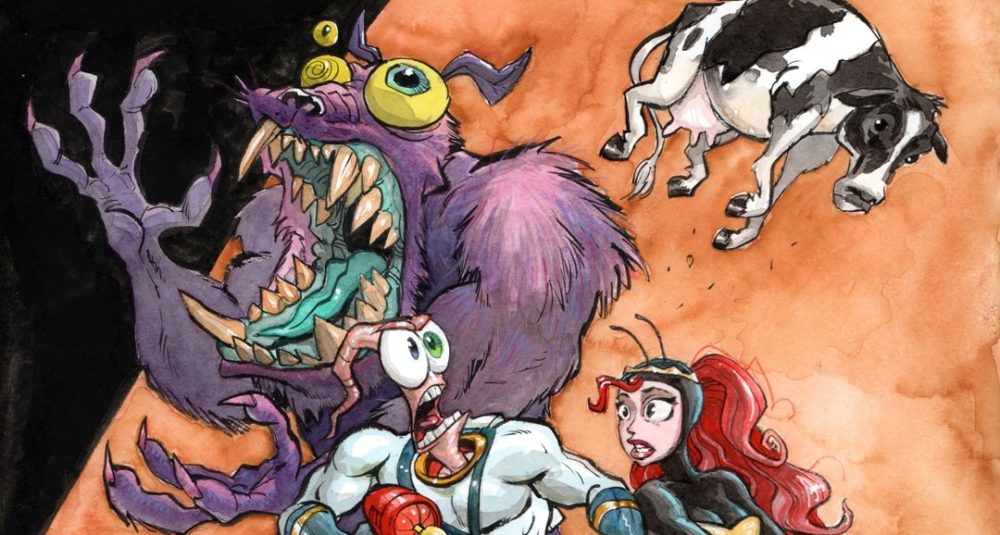 Intellivision Entertainment announced it has brought back some of the team behind the Earthworm Jim franchise to develop a new entry for the company’s upcoming Intellivision Amico console.

The company said ten of the original programmers, artists, audio team and level designers have come back to work on the new title for the franchise turning 25 this year, including series creator Doug TenNapel and current Intellivision Entertainment CEO Tommy Tallarico.

“We have been talking about this moment for many years, it’s a dream come true to finally get the entire team back together,” said Tommy Tallarico, Intellivision Entertainment CEO/President and original Earthworm Jim 1 & 2 composer and sound designer. “We’re looking forward to sharing a small part of our reunion and initial design meeting with fans from around the world.”

Earthworm Jim and Earthworm Jim 2 were originally released on the Super Nintendo and Sega Genesis in 1994 and 1995, respectively, while later titles and a remaster of the first game were developed by different developers.

The company plans to hold a 20 minute live interactive simulcast streaming event on Saturday, May 4 at 3 p.m. ET to discuss the new game with the original team and create multiple art pieces to be signed and given away during the stream. The stream can be watched on Facebook, Twitch, and YouTube.

Revealed last October, the Intellivision Amico will be a new console featuring two color touchscreen wireless controllers or up to eight players with mobile phones. It is expected to launch on Oct. 10, 2020 between $149 and $179 with retro and new games, priced between $2.99 and $7.99, that will be exclusive to the console.