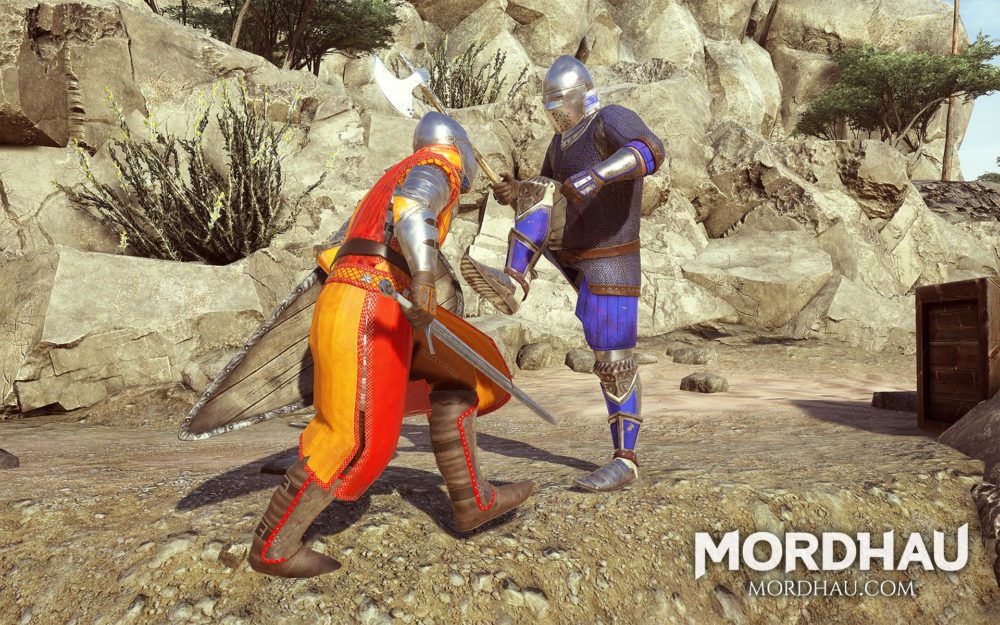 Medieval hack ‘n slash video games are certainly a niche genre, as the weighty, tactic-driven combat of swordplay isn’t for everyone. For those who do love a good old fashion swordfight, look no further than the first person multiplayer title Mordhau. Here’s everything you need to know about how to beat shields in Mordhau.

How to Beat Shields in Mordhau

In this robust adventure, you and friends can fight with a wide array of different skills, customizing the way you play depending upon what you pick. Regardless of your loadout, you’re bound to run into some issues when going up against different opponents.

No enemy in Mordhau is more frustrating to deal with than ones with shields. Luckily, we’ve got your back.

The first and most obvious way to combat shielded players is to kick there shield. Doing so will lower shields and open them up for an attack.

Kicking your opponent isn’t that straight forward though, as certain parameters determine how effective the kick will be. Alongside having to be as close as possible to them, your combatant must have their shield fully raised to stun correctly.

Armor types play a large role in how kicks connect as well. Kicks land the most against opponents in Heavy armor, half the time against medium armor, and even less for light armor.

Shields are most difficult to combat when facing them in a 1v1 situation. If the enemy is solely focused on you, they’ll simply keep their guard up and face you when necessary.

When this is the case, the battle becomes a war of attrition. Whoever is more patient will win. Footwork and stamina play two heavy roles in winning this battle.

First, try to maneuver around the wielder and get them in the side with left or right accel stabs and dragging if your weapon is long. More often than not, this will be defended by a parry.

When your enemy is savvy enough to parry instead of raising their guard constantly, do your best to keep your distance from them after attacking them. Next, they’ll attack and get into your bubble.

Once within range, time your defense and attack just right, and you’ll be able to lunge forward and hit them once they miss. Keep in mind that this will drain stamina from both of you, but will affect the shield user more because of how many more actions they are using.

A lot of this simply comes down to trial and error, so see what feels best for you. That’s everything you need to know about how to beat shields in Mordhau. For more tips and tricks on the game, be sure to search for Twinfinite.