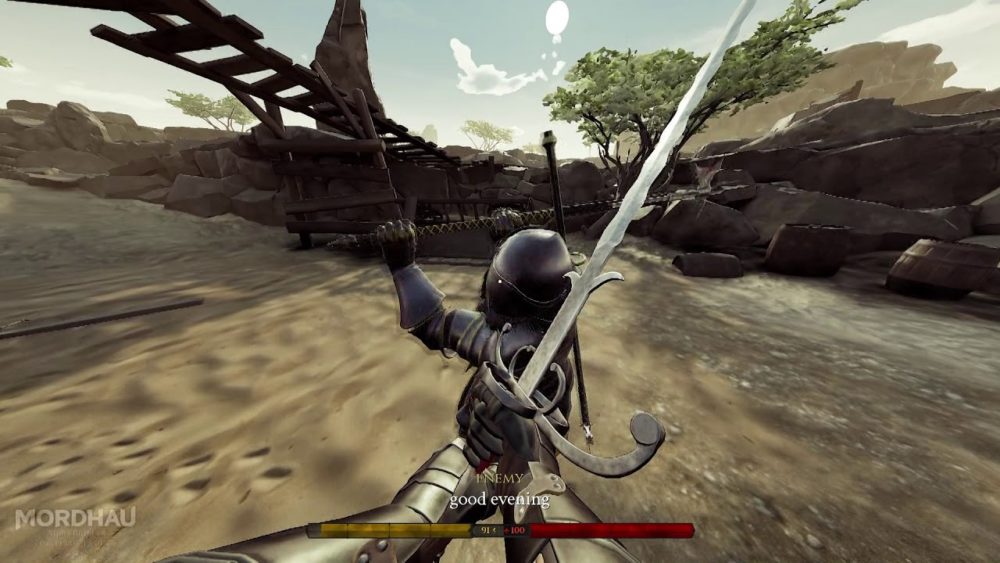 If you’ve noticed the term “Chamber” thrown around on the Mordhau discussion board and want to know what it is or how to do it, you’re in luck: We’re here with a detailed guide on how to chamber.

How to Chamber in Mordhau

What Is a Chamber in Mordhau?

In Mordhau, a Chamber refers to the act of mimicking your opponent’s sword strike just before it lands, blocking it precisely and then launching a counter-attack against them while their guard is down.

This is crucial to surviving more tense battles with skilled opponents, as more often than not a wild barrage of blows will be deflected or countered right back at you.

To pull one off though, you’ll need to fulfill a few specific requirements.

First, you’ll need to read the angle of the attack your opponent is launching and mirror it with your own blade. Doing so will allow you to execute a proper block and ensure you intercept all of the damage that would otherwise land.

Next, you’ll need to block just before your opponent’s attack lands. Any sooner and you’ll be at risk of taking too much stun from the blow and miss out on the Chamber; any later and you’ll get hit outright by the attack.

When you succeed, however, your opponent will be left stunned and vulnerable to a counter-attack, with either a stab or a slash attack.

Which attack you should use depends largely on which type of weapon you’re using, as each has its own range, strength, and areas where they excel. More info on the best weapons you can use can be found here.

That should cover everything you’ll need to know about how to chamber. For more on Mordhau, check out some of our most popular guides down below.