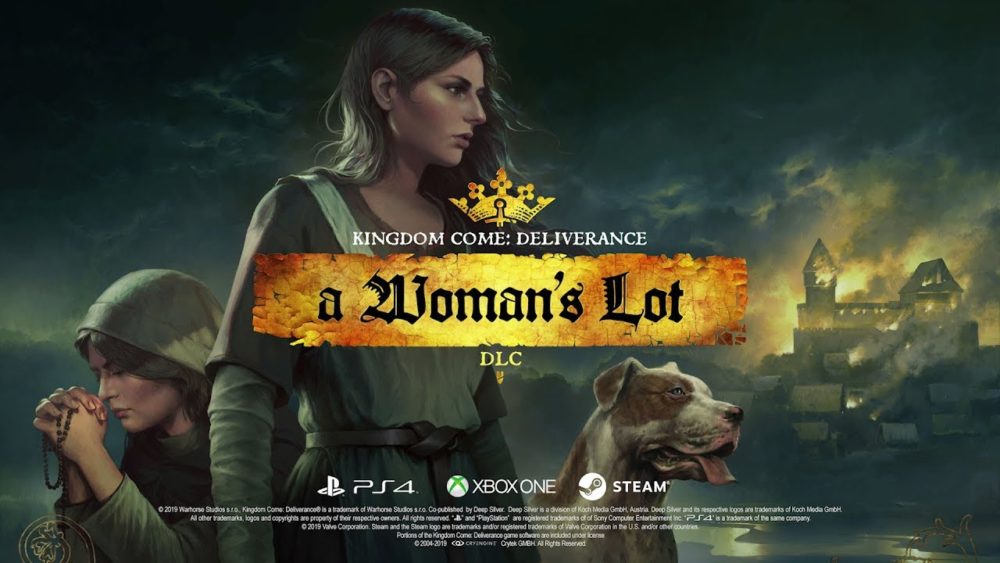 Warhorse Studios has continued to support Kingdom Come Deliverance with new content since its launch early last year, and today marks the arrival of the fourth story expansion. Called A Woman’s Lot, players take control of a familiar character from the main story: Theresa the millmaid, Henry’s childhood friend and love interest.

The story revolves around the same attack on the village of Skallitz that players will have experienced in the main game, but this time through the eyes of Theresa. They’ll later take control of Henry, too, in an all-new questline.

In a recent interview, Warhorse PR manager Tobias Stolz-Zwilling said of the story:

“Not only will the player meet Henry and his family, but there will also be more interaction with already known characters from Skalitz. But there is even more.

In “A Woman’s Lot” there is also a big new questline for Henry as he meets his old friend Johanka in the Sassau Monastery. Johanka has strange visions and the player has to find out what they mean.”

New gameplay features include the ability to control Theresa’s dog, Tinker, by upgrading Henry with the new “Houndmaster” skill.

“Yes, Henry will get a new RPG skill called “Houndmaster” which determines the “tricks” his dog will be able to perform. However, if you don’t treat your dog well, he can scatter and run away,” Stolz-Zwilling said.

Today’s launch trailer sets the tone for the story, which features the Cumin antagonists recognizable from the main story. A religious woman narrates with words that allude to gameplay and story beats both old and new.

She speaks of a city being overrun and beasts hunting down sinners, sinking “fangs into burning flesh,” but that these efforts were ultimately in vain…

You can check out the entire post-launch content roadmap for Kingdom Come Deliverance below:

If you’re still on the fence about Kingdom Come Deliverance, consider reading our review.