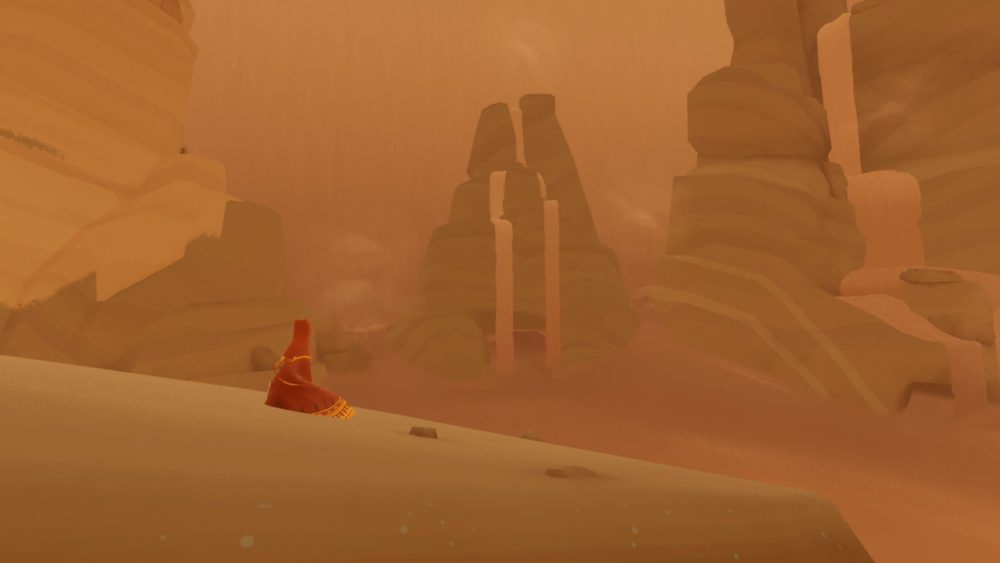 Publisher Annapurna Interactive announced today that adventure game Journey will be coming to PC next week on June 6.

The game, developed by Flow and Flower’s Thatgamecompany, originally launched for PlayStation 3 in 2012 and was ported to PlayStation 4 in 2015. It won several game of the year awards from various outlets and was nominated for the Grammy Award for Best Score Soundtrack for Visual Media in 2013.

“Explore the ancient, mysterious world of Journey as you soar above ruins and glide across sands to discover its secrets,” according to the game’s Epic Games Store page. “Play alone or in the company of a fellow traveler and explore its vast world together.”

The requirements for the PC version have not been revealed yet, but Annapurna Interactive said it will feature 4K resolution and online play.

The PC version of Journey first appeared alongside the launch of the Epic Games Store last December, and will be exclusive to the store when it launches next week on Thursday, June 6. The game is now available to pre-purchase for $14.99, but is currently on sale for $4.99 as part of the Epic Mega Sale that discounted most titles in the store when it began earlier this month.