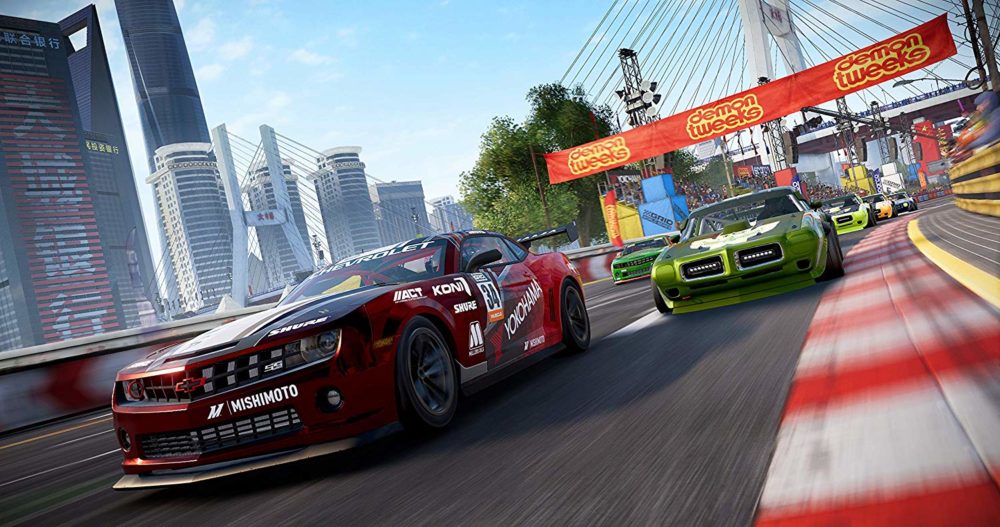 It’s been a minute, but Codemasters is back with a new GRID racing game, and oddly enough, it’s simply called GRID, despite being the fourth game under the same moniker.

Codemasters has set the game for a Sep 13 release date on PC, PS4 and Xbox One.

Codemasters is well-known for their realistic racing sims. For the past decade, they have been cranking out Formula One games, based off the European racing sport of the same name.

And of course, the TOCA (now GRID) series has been ongoing since the late nineties. In a small way, they’ve helped shape the course of the racing video game genre, with realistic physics and textures to rival Forza or Burnout.

Codemasters’ titles have always fared better in Europe than in the U.S., however that shouldn’t be too much of a surprise – Codemasters is a UK-based studio, and motor-racing is an especially popular sport in that corner of the world.

While there isn’t any gameplay to be seen, this first trailer for the new GRID is exciting, nonetheless. It’s been a while since the last game in the series – let’s hope that Codemasters can swoop in with a comeback.

For more on Codemasters, check out the latest trailer for F1 2019, and the details on what’s included in the special editions. You can watch the reveal trailer down below: