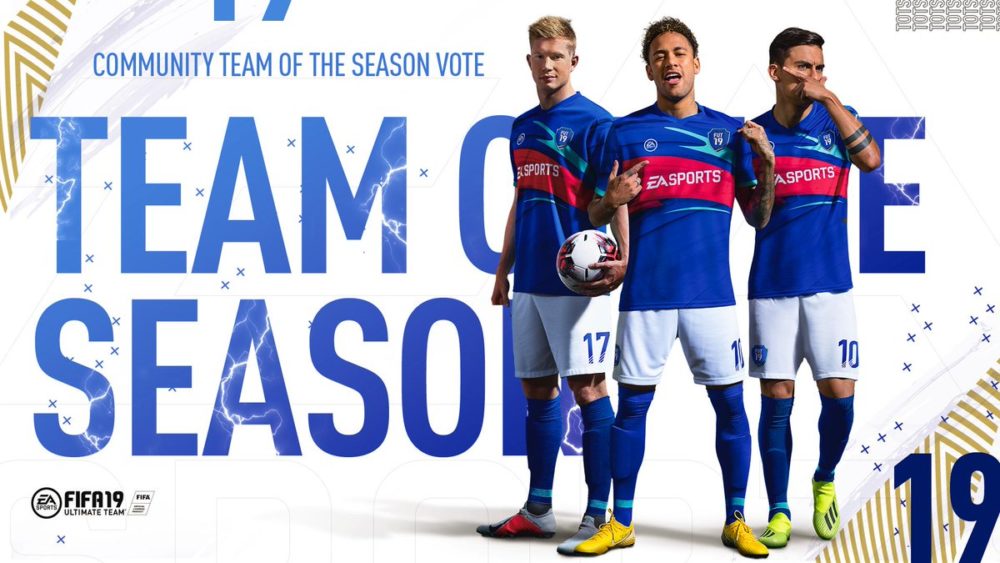 How to Vote for FIFA 19 Community Team of the Season

Seemingly following the same schedule as the last few years, the community voted, most consistent TOTS will start the multi-week promo. As before, the players featured are those that have had good season but are yet to get a performance based in-form in FIFA 19.

You need to go to Futwiz or Futhead to vote for your own team, and you have to do so before May 6. At that date, the voting process will end and the team will be released at 1pm ET on May 10.

#TOTS Announced! The Community Team will be released on May 10. You have until May 6 to go to @Futhead or @FUTWIZ and select from over 100 nominees who had a great season but never made it into #TOTW.

Community Team of the Season Squads

You’re limited to which players you can include though. It will be a squad of 23 players, you can’t have more than five from the same league, and you must have the following positions:

You can pick from 100 players altogether, and those with the most votes from the community will be released into packs next week as the Community Team of the Season. You can also expect there to be additional players added to Weekly Objectives and SBC, above the initial 23 man squad.

On either website, simply looks of the blue TOTS voting option, click on each of the positions, choose your player of choice, and keep an eye on the squad requirements.

That’s everything you need to know about how to vote for the FIFA 19 Community Team of the Season. For more tips and tricks on the game, be sure to search for Twinfinite.