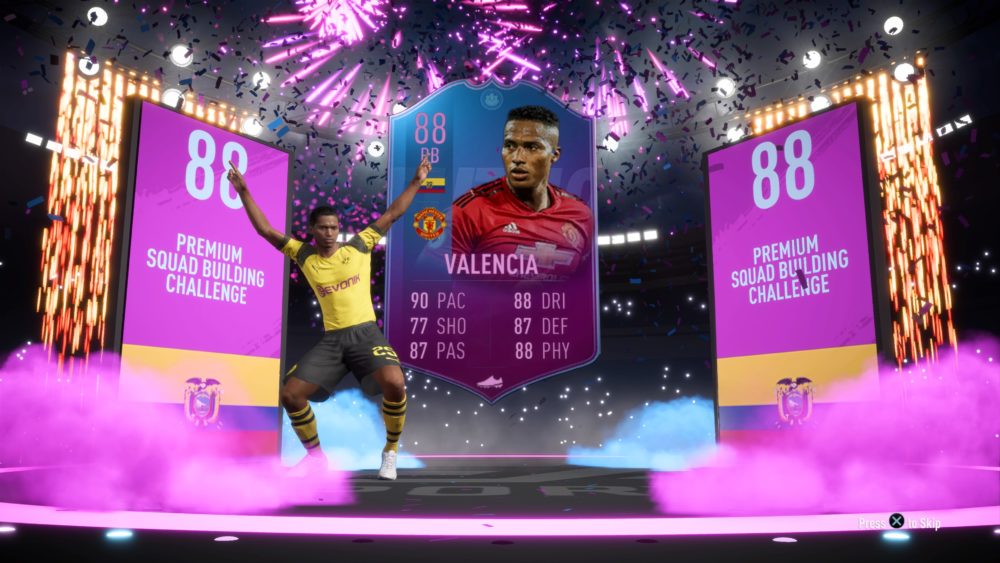 Team of the Season has finally been revealed but EA Sports has given us another End of an Era Premium SBC. This one celebrates the career of Manchester United’s’ veteran RB, Antonio Valencia. Here’s everything you need to know about how to complete the End of an Era Valencia SBC in FIFA 19.

This is one of the best player SBCs we’ve seen in a while. The card is excellent, the packs in return are good, and it’s reasonably priced considering that Valencia is a fan favorite card every year. It’s pretty expensive, coming in at around 200k coins, but it’s worth it if you’re after a good Premier League RB. Here are the requirements.

Thankfully, both parts of the Valencia SBC are pretty simple. You simply need to pick a major FIFA 19 league, with La Liga probably being the best choice with it having the highest rated players and the Premier League being expensive at the moment due to the POTY SBCs.

You don’t need to go for the Premier League for either squad, even for the one that requires a Premier League player. Due to only needing 80 chemistry, you should be alright with any league.

For the required players in the Valencia SBC, you could use Anthony Martial or Nemanja Matic as the Manchester United player, and there are loads of players to choose for the Premier League one. Mesut Ozil is often a good, cheap, 86 rated player to go for.

For the TOTW players you need, it’s best to stick to some from the current FIFA 19 TOTW, since they’ll stay cheaper by being actively packed.

That’s everything you need to know about how to complete the End of an Era Valencia SBC in FIFA 19. For more tips and tricks on the game, be sure to search for Twinfinite.