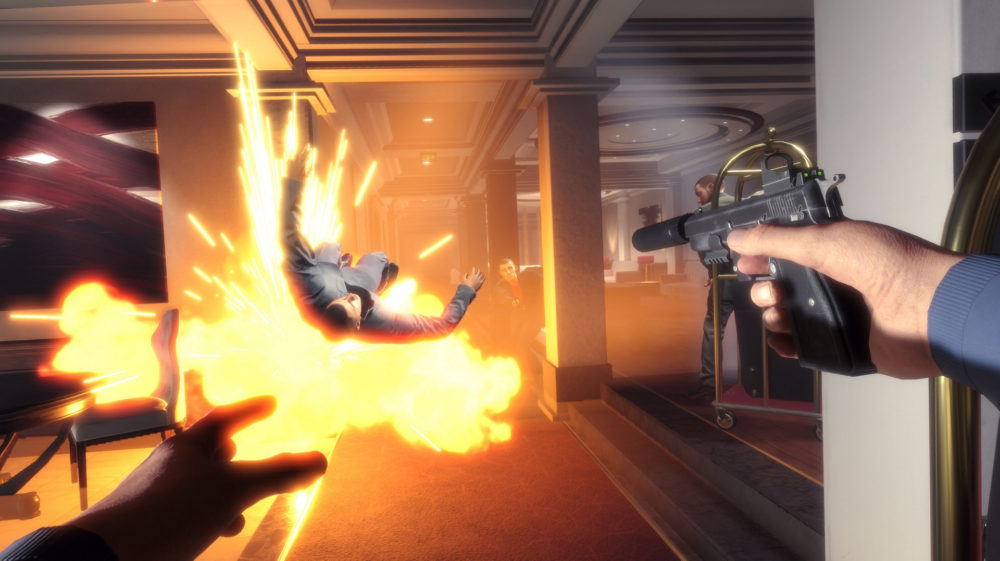 Since E3 2019 is right around the corner, there’s going to be a lack of big AAA video games releasing, especially for the month of May.

Even though there aren’t any huge PS4 exclusive titles coming anytime soon, there are still a couple of games on the horizon that look extremely promising.

Down below we have a list of some games that look capable of being the best upcoming PS4 games for May 2019. If you want more info on each of these games check out our breakdowns below.

Rage 2 comes from the minds over at Avalanche and id Software and plans to blow the first Rage out of the water. The wasteland post-apocalyptic setting may be filled with threatening marauders and maniacs, but the world here is still full of so much color and things to do.

You can drive a variety of powerful vehicles to ram into enemies, there are tons of super-cool abilities to learn, and the guns –don’t even get us started on the guns that you can find laying around this vibrant wasteland.

This first-person single-player shooter is all about fun and is shaping up to be one of the best upcoming games for PS4 in the month of May.

A Plague Tale: Innocence is an action-adventure game that takes place in France during the plague epidemic and stars a brother and sister, Amicia and Hugo, who are trying to survive in a world that’s out to get them.

This heart-wrenching and poetic journey will take these siblings on a dangerous journey to look for a cure for her younger brother who has been inflicted with an ailment.

Instead of focusing on pure action, A Plague Tale: Innocence is more puzzle-oriented, with Amicia having to use her wits to avoid enemies and progress on this harrowing adventure to save Hugo.

Sonic Team Racing brings us the best characters from throughout Sega’s long-running franchise and puts them into karts so that they can show off their racing skills that don’t involve running at super-sonic speed.

There’s a whole bunch of fan-favorites here like Knuckles, Tails, and Amy, as well as some iconic villains and anti-heroes like Eggman and Shadow the Hedgehog.

The racing tracks are all inspired by the stages found in the classic Sonic games of the past, and you will also find remixed tracks from past music catalogs as well.

After fleeing from their hometown of Seattle due to a fatal incident surrounding their father and supernatural powers, Sean and Daniel Diaz are on the run from the police as they trek down the west coast to make their way to Mexico.

The third episode of the acclaimed narrative-driven episodic series is finally coming out on PS4 and from the looks of things, these two brothers are going to end up in some serious trouble.

Being the halfway point for the second season of Life is Strange, there are bound to be surprises and emotionally-charged moments that will make us have “the feels” for sure.

Blood and Truth is an upcoming PlayStation VR title that puts players right into the middle of an epic cinematic blockbuster-esque story full of car chases, helicopters, and plenty of gunplay to mess with.

Once you put on that VR headset, you will be transported into a Mission Impossible-like narrative that is meant to deliver action-packed moment to moment gameplay all in a virtual version of London.

That’s all we have for the best upcoming PS4 games for the month of May! For more of our ‘Best Games’ lists, just search for Twinfinite.