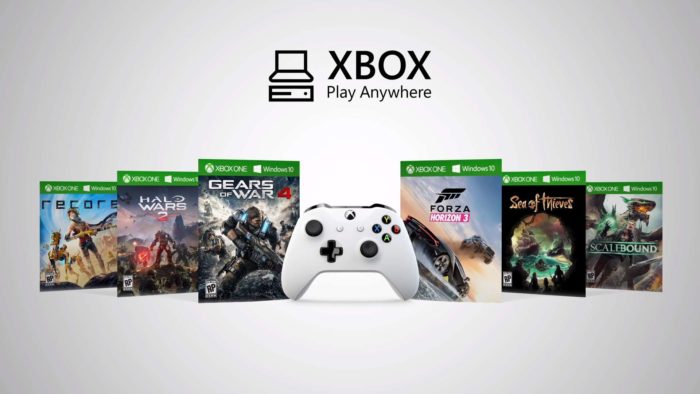 In order to bring the PC and Xbox ecosystems together, Microsoft announced Xbox Play Anywhere back in 2016. This enables players who purchase a game digitally on either Xbox One or PC through the Microsoft Game Store or Xbox Store to play it on both platforms, and take their progress with them as well. Here are all Xbox Play Anywhere games available right now.

As we previously eluded to, Xbox Play Anywhere isn’t something you need to specifically sign up to. As long as you purchase a game digitally on Xbox One or PC via the Xbox Game Store or Microsoft Store, you’ll be able to play it on the other platform.

All of your saved progress will transfer with you, too, thanks to Microsoft’s cloud servers backing up all of your saved data each and every time you’re done playing on a game.

It is worth noting, however, that in order to make use of Xbox Play Anywhere, you do need to be using the same Microsoft account on both your Xbox One and Windows 10 PC. For example, if you use on email address for your Xbox Live account, and another for your Windows 10 PC, you won’t be able to take advantage of this feature.

As such, try and ensure you’re using the one Microsoft account.

The short answer is yes. Basically any future games released by Microsoft Game Studios (any first-party titles, in other words) will be Xbox Play Anywhere compatible from day-one. Other third-party titles do occasionally also make use of this feature, but it’s not a guarantee. We’ll be updating this list each and every month with any and all new additions.

That’s all you need to know about all Xbox Play Anywhere games and how it works. For more tips, tricks, and general information on everything video games, be sure to search for Twinfinite.