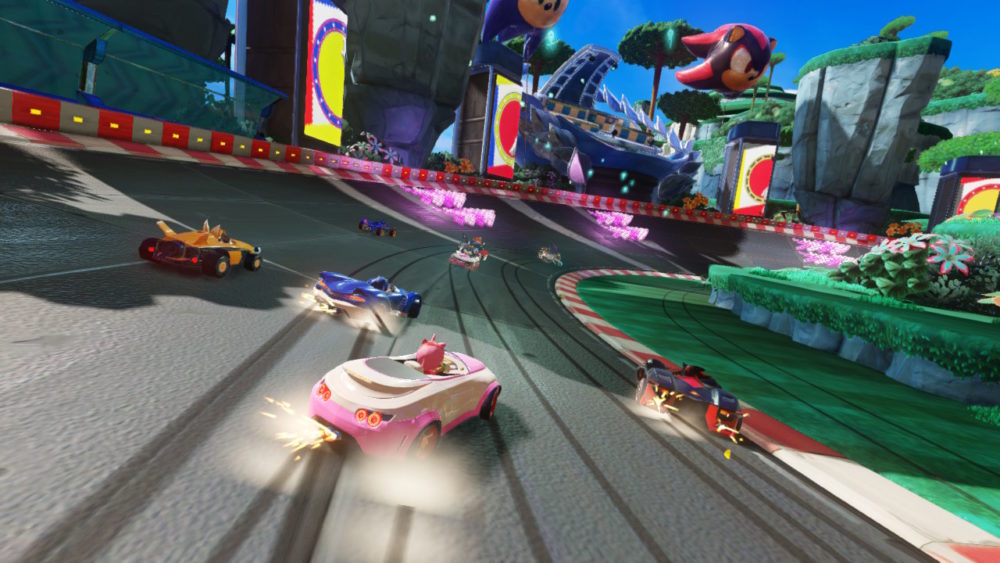 Right around now is when the brakes are usually put on the video game releases for a bit. E3 is right around the corner, and big early-year releases tend to be concentrated around the first quarter of the year. Developers and publishers now have their eye set for quarters three and four when the holiday season returns to full swing. Still, there are some noteworthy games coming out this month for Xbox One. Here are all notable Xbox One releases for May 2019.

Headlining the currently known releases for May 2019 on Xbox One is Life is Strange 2 Episode 3, A Plague Tale: Innocence and Team Sonic Racing. These three games are absolutely nothing like each other, so if you’re looking for a varied slate of new Xbox One games this May, you’re in luck.

While those are the major Xbox One game releases for May 2019, it’s not all the video games coming out this month. Check out the full list of games and releases (known so far) and if you’re looking for more information about what these games are about, we’ll break them all done below.

The following descriptions are all via Xbox Wire

“A party game with a ‘cheeky’ twist. Start battles with nothing but your buns to slam and squish those in your sights. Scramble to grab super-powered undies to embrace the power of the butt and gain an underwear-fueled edge over your friends as you strive to prove who has the mightiest buns.”

“Jump into fast-paced puzzle action with features fit for both friendly rivalries and competitive tournaments in Puyo Puyo Champions. Challenge your friends and family in local multiplayer or compete against players from around the world through online matchmaking in this classic puzzle game.”

“Luzia is a typical young girl with a story that takes place on an unfortunate night when her older sister Sombria suffers an adverse fate as she and Luzia try to return home. Unravel the mystery of her sister’s fate in this top-down RPG that features secrets, puzzles, and more.”

The Adventures of Bertram Fiddle – May 8

“A point-and-click adventure game that mixes the classic formula with riveting action elements and humor. In a quirky Victorian London inhabited by strange characters, self-proclaimed explorer, Bertram Fiddle, finds himself in a bit of pickle as you help him track down the elusive serial killer known as Geoff the Murderer.”

Legends of the Tetrachs – May 8

“Fantasy RPG with thrilling turn-based battles. Throw yourself into command battles with up to 10 allies and your own strategy using skill sets. The beautiful pixel animation and art aren’t just present in combats but also while you adventure around the expansive open world or dungeons in this grand fantasy tale.”

“Woodle Tree Adventures is an old-school platformer with a unique art style. Explore a total of six worlds and save the lands with the magical water drops you’ll find through your journey, bringing back peace and balance, and become a hero!”

Life is Strange 2: Episode 3 – Wastelands (that’s a mouthful huh?), continues to follow David and Sean as they escape the law to make their way to Mexico in an effort to start a new life after the untimely death of their father.

We’ve enjoyed what we’ve played of the first two episodes, but we are just about ready to see where Dontnod is going with Sean’s superpower and how they play to make it a more interesting part of the plot both in the short and long term.

It also also a very timely video game. Without being too heavy handed, it paints a pretty accurate picture of the current political climate in America that will feel very real to some players.

The following descriptions are all via Xbox Wire

“A strategic RPG that blends tabletop and roguelike elements in a challenging adventure. Set off on a single-player experience or play co-op online and locally in this blend of strategy, turn-based combat, and rogue elements where each playthrough is unique with procedural maps, quests, and events.”

“Ascendance is a calming, relaxing, and minimalist first-person 3D Platformer. Shape your way with mysterious abilities and rise with the enchanted wind platforms beyond the skies within a world which evolves and transforms around you.”

“Inspired by classic arcade games, Super Space Serpent puts you in control of the prototype spaceship “Serpent” as you move through different levels of the multiverse to defend our universe against the evil invaders.”

“A fast-paced turn-based strategy RPG that lets you lead mobs of monster minions and back-from-the-grave goons into battle against the elite armies of the dastardly Red Queen.”

DragonFangZ: The Rose & Dungeon of Time – May 10

“Play as Rose, a half-human, half-dragon, as she wanders into the world called “Tree of Time” with her nanny, Fairy. Together they’ll face the challenges of the dungeon in this turn-based, roguelike adventure.”

“An action rogue-lite with RPG elements where you explore randomly generated levels based in H.P. Lovecraft stories, fighting cultists and all kinds of monsters from the Mythos, improving your weapons and gear, solving puzzles and challenges, and looking for clues and knowledge to defeat the Great Old Ones and the Outer Gods.”

A Plague Tale: Innocence combines action-adventure and puzzle gameplay set during the initial spread of the Bubonic Plague, AKA the Black Death. You’ll need to come up with crafty ways to drive away rats carrying this horrifically deadly disease while also fighting and avoiding angry knights that want to kill you.

Like Life is Strange the story will be focused on two siblings that are going through some family and societal issues. Fair enough considering they are living through arguably one of the darkest and most awful periods in all of human history, especially European history.

If you’re looking for a particularly dark Xbox One game release for this month, this could be the way to go.

If you happen to be a big fan of these two classic Cartoon Network series, Steven Universe and OK K.O! then this bundle should be a no-brainer for you if you haven’t played them yet.

While games based on properties can sometimes have a shoddy track record, both of these games are actually quite well-received, fit for all ages, and should satisfy any cravings for more Steven Universe and OK K.O! fans looking for more after catching up with the TV Show.

Team Sonic Racing wraps up the month for major Xbox One releases for May 2019. Considering Mario Kart is obviously not available on Xbox One, the Sonic Racing series of games is your next best bet. In fact, you can make the argument that the Sonic kart-racers are actually just as good if not better.

Team Sonic Racing mixes up a formula that was starting to get a little bit stale after the last game in the series, Transformed. Now Sonic and his friends are assigned to teams and your success hinges on everyone on your team’s overall placement and not just yours.

You can work together with teammates both AI and human controlled, to strategically share/use power-ups and special moves to gain an advantage over your competitors that can also do the same.

That does it for all Xbox One video game releases for May 2019. What are you most looking forward to, let us know in the comments below.