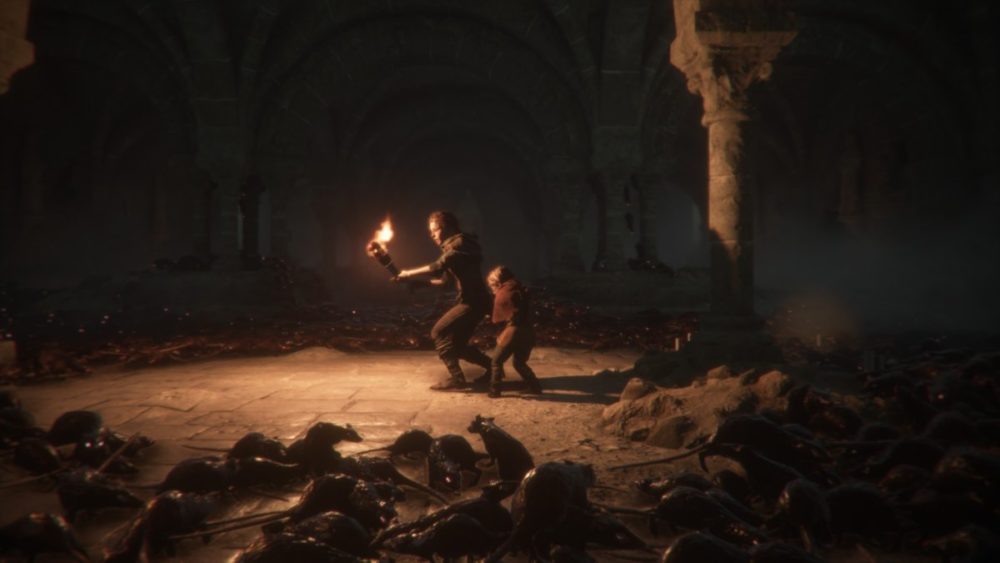 A Plague Tale: Innocence has turned into one of the sleeper hits of 2019, proven by the new accolades trailer released by Focus Home Interactive.

The dramatic trailer flashes scenes from the game, while doing the typical thing of showing different quotes and scores.

Despite being an accolades trailer, it’s actually a pretty good idea of what you can expect out of A Plague Tale, showing the monstrous hordes of rats, the relationship between the two main characters, and many of the striking locals you travel to. You can check out the full trailer down below.

A Plague Tale: Innocence takes place during the thick of the Great Plague and the Hundred Years War, casting you as a young girl named Amicia and her younger brother Hugo. After their family is killed the siblings go on the run from the Inquisition, while Hugo suffers from an unknown affliction in his blood.

Along with soldiers, you’ll have to contend with the terrifying hordes of infected rats, using any light source you can find to make your way through them.

If you need a little more info before diving in, you can check out our official review of A Plague Tale, where we gave the game a 4.5/5. We also had a few thoughts on how the game brilliantly uses collectibles to reinforce story, and how it takes advantage of its greatest weakness.

A Plague Tale: Innocence is currently available on PlayStation 4, Xbox One, and PC.