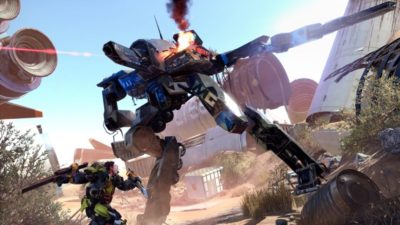 Are There Cheats in The Surge? Answered

The Surge is one of the two free games available to PlayStation Plus members in April 2019. As you begin to jump in, you might be interested to know if you can make the game easier. Here’s everything you need to know about whether there are cheats in The Surge on PS4.

The game is a Dark Souls clone of sorts. It is a challenging action RPG that sees you take on a variety of powerful enemies, each with unique combat styles. You need to be quick to dodge, analyse the movements of your enemies, and strike at the perfect times, just as in FromSoftware’s hit games.

Therefore, it’d be nice if there were some cheats to make The Surge a little easier. Unfortunately, there are no cheats available in the game, especially on the PlayStation 4 version.

In a game like The Surge, that’s built to be challenging, it doens’t make a lot of sense for there to be cheats that change how the game plays. You’re supposed to learn the mechanics over time and get used to them. Using cheats to bypass that defeats the point in a way.

There are a few mods available to install for the PC version, but they’re not official. Also, if you’re playing the game now that it is free for PlayStation Plus members, there aren’t any mods for that version. There generally aren’t mods available on PS4, so that makes sense too.

It’s unlikely since the game has been available for nearly two years at this point, but we’ll be sure to update you if cheats are ever added to The Surge sometime in the future.

That’s everything you need to know about whether there are cheats in The Surge on PS4. For more tips and tricks on the game, be sure to search for Twinfinite.