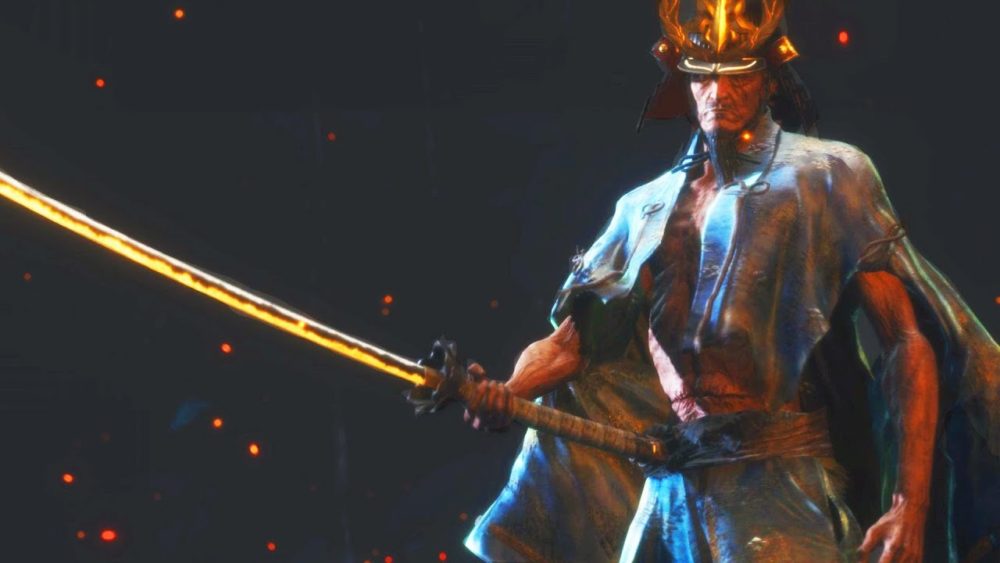 How to Beat Isshin the Sword Saint in Sekiro

If you’re reading this article, congratulations! You’re probably at the very end of the game. The bad news? You’ll have to beat the game’s toughest boss to actually see the ending. Here’s how to beat Isshin the Sword Saint in Sekiro.

Before you actually get around to fighting Isshin himself, you’ll need to face Genichiro yet again. In this fight, he’ll be in his lightning phase, but he doesn’t use lightning attacks all that much, if at all.

When the fight starts, he’ll begin by using the black Mortal Blade. You can either get behind him or dodge away to avoid the attack. This fight should be fairly straightforward; use Mikiri Counter to deflect his thrust Perilous Attacks, and keep the pressure on him.

The first phase against Isshin the Sword Saint isn’t terribly difficult, but the dangerous part is how much damage he deals with just one strike. If you’re not careful, one combo can easily kill you.

His sword combos are easily deflected, but there are a couple of patterns you need to watch out for. Whenever his sword is sheathed, you’ll see a quick flash of light that indicates when he’s about to attack. When you see the flash, dodge away and wait for his two-hit combo to end before counterattacking.

Isshin the Sword Saint also has a thrusting Perilous Attack that you can counter, but be careful with this one. It comes out faster than you might expect, so if you’re not sure that you’ve got the timing down, sidestep it instead.

Whenever the boss readies his sword and you see a gust of wind surrounding him, start sprinting to the side to dodge the wind attack. Once it’s over, go in for a few more hits.

This is where things get trickier. Now, Isshin the Sword Saint will have a spear as his main weapon, but he’ll still be equipped with a sword, and a freaking pistol.

In this phase, the boss will be much more aggressive if you try to maintain distance, and will use overhead swings more frequently. The good news is that the overhead swings can be sidestepped easily, opening him up for counterattacks. However, make sure you watch him to see if he’s about to follow up with another overhead swing before going in for more hits.

These swings can be deflected, but the timing can be tricky to get down, so I found it easier to dodge them instead of risking the Posture damage.

Another viable strategy is to keep your distance and bait out his thrust attack, which you can respond to with the Mikiri Counter. The only downside is that he’ll start firing his gun, which means that you need to deflect the bullets while keeping an eye on what he’s doing.

Isshin the Sword Saint also has a stomp attack in this phase that can deal large Posture damage. Do be warned that he will still use his wind attacks in this phase.

The final phase of this fight plays out largely the same way as phase 2, except that Isshin the Sword Saint now has lightning-based attacks.

For starters, his overhead swings will now deal lightning damage, making his patterns even more deadly. You’ll still want to sidestep these attacks and punish them, while making sure he doesn’t have a follow-up.

His new main attack involves him covering his spear in lightning and swinging it in a large arc. What you want to do here is dodge towards him and jump to pull off the lightning reverse. If done right, you’ll stun him and open him up to a large counterattack.

Other than that, the fight remains the same. You can still bait out the thrusting attack by keeping your distance.

That’s all you need to know about how to beat Isshin the Sword Saint in Sekiro. Be sure to check our Sekiro guide wiki for more tips and information on the game.