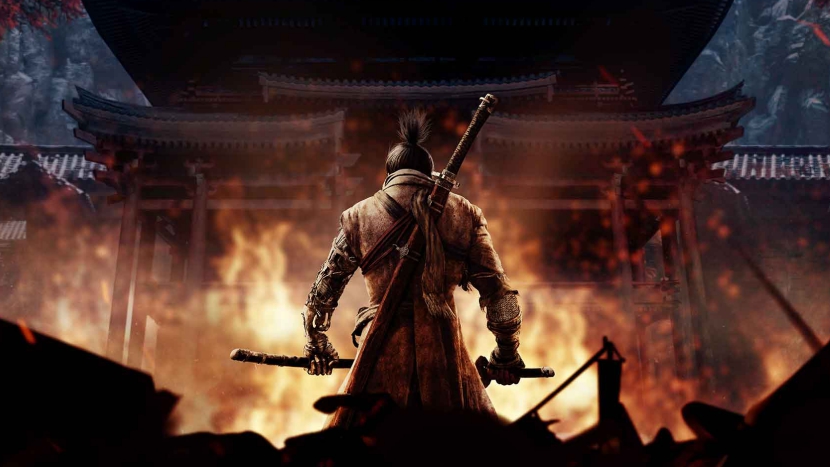 As you might have expected of FromSoftware, Sekiro: Shadows Die Twice comes with its fair share of horrific sights and gross enemies for you to fight. Here’s how to kill the centipede monks in Sekiro.

You’ll first encounter the centipede monks when you first reach Senpou Temple. You can get here even after beating Gyoubu Oniwa and Genichiro Ashina by going through the Abandoned Dungeon.

The first part of Senpou Temple will only see you facing against regular monks, but things change once you reach the Main Hall. Here, you’ll find tons of monks sitting down, with centipedes busting out of their bodies when you get close.

You’ll also find that striking these centipede monks normally won’t get you very far, and they can’t be killed permanently. To kill them properly, you’ll need the Mortal Blade.

Getting the Mortal Blade

The Mortal Blade is also obtained by going through Senpou Temple. At the Main Hall, examine the desk to get transported to another area where you’ll fight the Folding Screen Monkeys. After defeating this boss, you’ll be rewarded with the Mortal Blade and the Mortal Draw combat art.

Now, whenever you find a centipede monk in Sekiro, kill it normally. Once its health depletes, you’ll see a red orb on the centipede itself, and you can attack it to perform a Deathblow that kills it permanently. You don’t have to use the Mortal Draw for it.

Generally, whenever you find undead or immortal-like enemies in Sekiro, you should be able to put them down permanently with the Mortal Blade.

That’s all you need to know about how to kill the centipede monks in Sekiro. Be sure to search for Twinfinite or check our Sekiro guide wiki for more tips and information on the game.