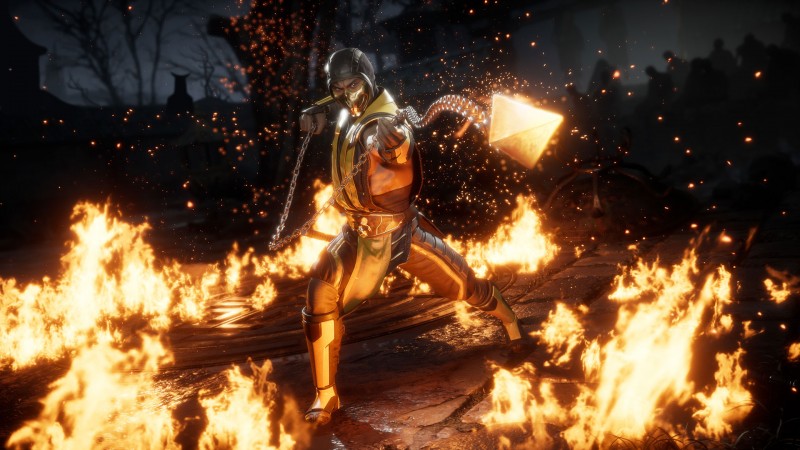 Mortal Kombat 11 is here and of course, you can absolutely annihilate defeated opponents with fatalities at the end of every match. It wouldn’t be MK without it. However, you only start with one fatality revealed to you per character. You’ll have to unlock the second fatality. Here’s how to get Scorpion’s second fatality in Mortal Kombat 11.

The first step you’ll want to get on is amassing a bunch of Koins and Ermac Souls because lady luck is going to need to be on your side.

That’s because the way that the Krypt work is that all containers other than chests that use Hearts are randomized in Mortal Kombat 11. The heart chests always contain some kind of preset skin (250) or other customizable (100) and are at a fixed location.

Unlocking the second fatality for Scorpion in MK 11 involves going through all of the other containers, the ones that require koins and souls until you find it.

Everyone who plays Mortal Kombat 11 has the same items in their Krypt, it’s just that they aren’t all in the same chest for everyone. So in other words, if you and I open every container in the Krypt, we’ll all get the same things, but the order in which we get them will be different.

So you’ll basically need to get lucky to get Scorpion’s second fatality. You’ll need to grind as many koins and souls as you can and start ripping into those containers 1 by 1 in the Krypt.

In our experience, the higher koin chests tend to have a better chance of containing fatalities, but we’ve also gotten them from chests with lower koin requirements, so it doesn’t seem to be an exact science.

You’ll just need to keep opening them up until you get it. Hopefully, you find it sooner rather than later.

That does it for how to get Scorpion’s second fatality in Mortal Kombat 11. Happy hunting and grinding! For more on MK 11, be sure to check out our wiki guide, and read our scored review for our full impressions.