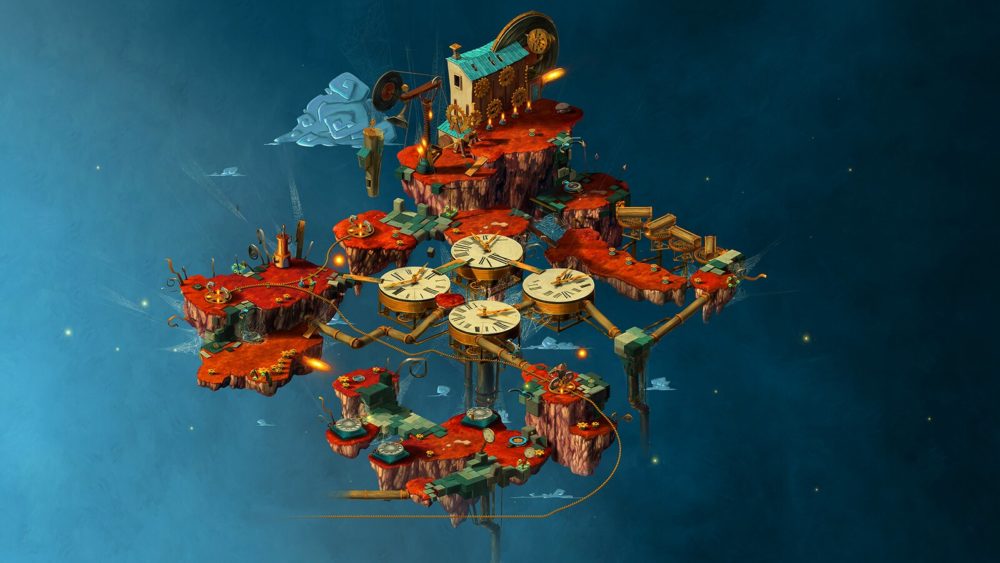 Psychedelic musical action-puzzler Figment is coming to the PS4. This was announced today with a new trailer, showing the trippy mindscapes protagonists Dusty and Piper have to journey through.

Developed by indie creator Bedtime Digital Games, Figment already launched on PC in September 2017, but it didn’t take long to become popular on PC and made its way to the Switch in June of last year.

Dusty’s the main protagonist of the game, aided by his overly-cheery friend Piper as they travel through the different parts of the mind to restore courage that’s been lost. As you travel through the troubled subconscious, you’ll come across nightmarish monsters that you must tackle, as well as a host of puzzles you need to solve to help set the mind right.

You can watch the announcement trailer below, as it does a great job of displaying the dynamic, ever changing environment, as a staircase of pencils magically assembles and pathways between floating island form and reform.

The landscape isn’t the only dynamic part of this game. Figment has an unusual soundtrack that adapts to your movements. In the trailer you get a brief look at some of the giant musical instruments poking out of the ground, and walking past these will make that instrument a more prominent part of the soundtrack.

Figment’s kooky visual style and beautiful design is one of its key selling points, and you can get a taste of what to expect from the game when it releases in the trailer down below.

Figment will be available to play on May 14.