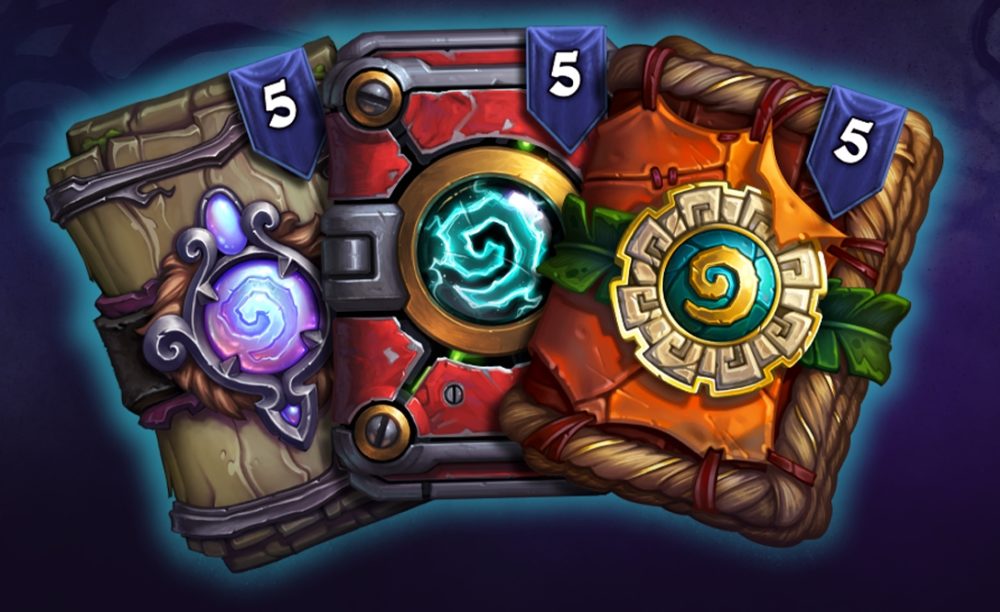 With the Year of the Raven now officially behind us, Blizzard is giving Hearthstone players a special chance to snag card packs from some of the most memorable expansions.

The newest addition to Blizzard’s shop for Hearthstone is The Raven Bundle, which includes five card packs for three different expansions: The Witchwood, The Boomsday Project, and Rastakhan’s Rumble. All three of these expansions are still eligible for play in the current Standard rotation.

The Raven Bundle is now available at the low price of $9.99. This bundle can only be purchased once per account but can also be gifted to others. A pack of 15 cards from a single expansion retails at $19.99, so The Raven Bundle provides both a greater variety and a half-off price.

The Raven Bundle will only be around until May 2, so be sure to take advantage of this great deal while it’s available.