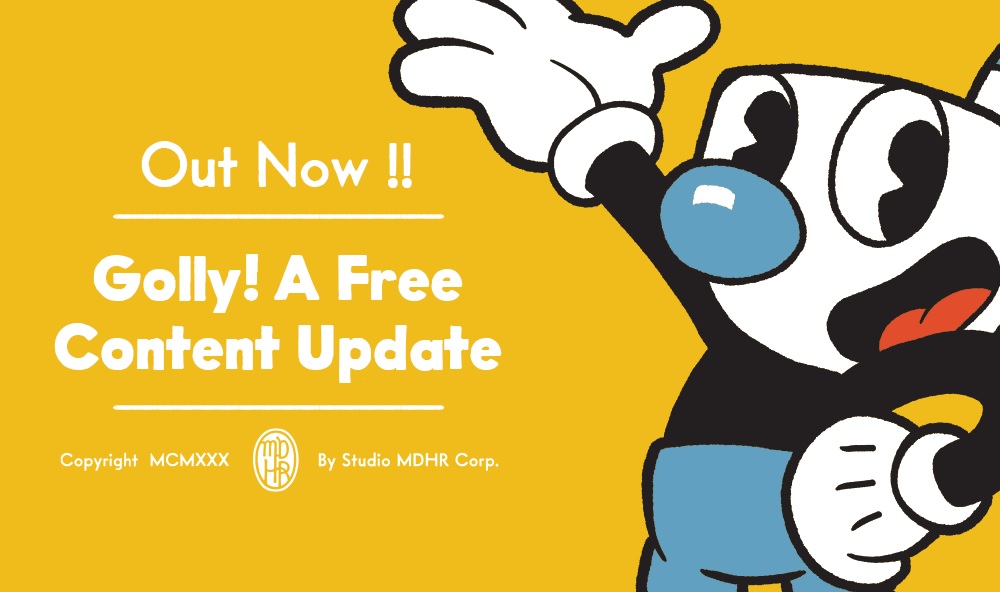 Earlier this month, Cuphead developer Studio MDHR revealed they would be releasing a free update to the PC version of the game.

Alongside changes to art and gameplay features, the newest patch allows players to pick another character at the start of their single player adventure. That character is none other than Mugman.

While he was playable in the co-op portion of Cuphead, always controlled by player two, the developers decided to show everyone’s favorite mug some single player love too. No longer does Mugman have to play second fiddle to his cup-headed companion, as he is now playable from the start.

Animations are also getting more time to shine with the new 1.2 patch, as every cutscene in the game will now feature full animation and a handful of new art. Whether it is Cuphead and Mugman’s flashy intros, the Legendary Chalice’s colorful magic blast, or the explosion of confetti that can now be seen when Mummies explode, you’ll notice dozens of additions and adjustments with the update.

In terms of actual gameplay elements, players have stated that the patch has added new routes to a couple of the boss fights in Cuphead. Character’s like the Vegetable Boss in Botanic Panic now seem to have an option where updated assets and fight patterns are found by exploring a specific path that is slightly different from the original.

Quality of life updates have also been implemented, as bugs fixes, small gameplay tweaks, and 11 fully localized languages were added with 1.2.

In other Cuphead News, Nintendo fans can also finally get their hands on the run and gun title. The Switch version of the game is now available, releasing on Apr. 18th, the exact same day of the 1.2 PC Update.

For more information on Cuphead, as well as other news, guides, and opinions, be sure to check back to the site.