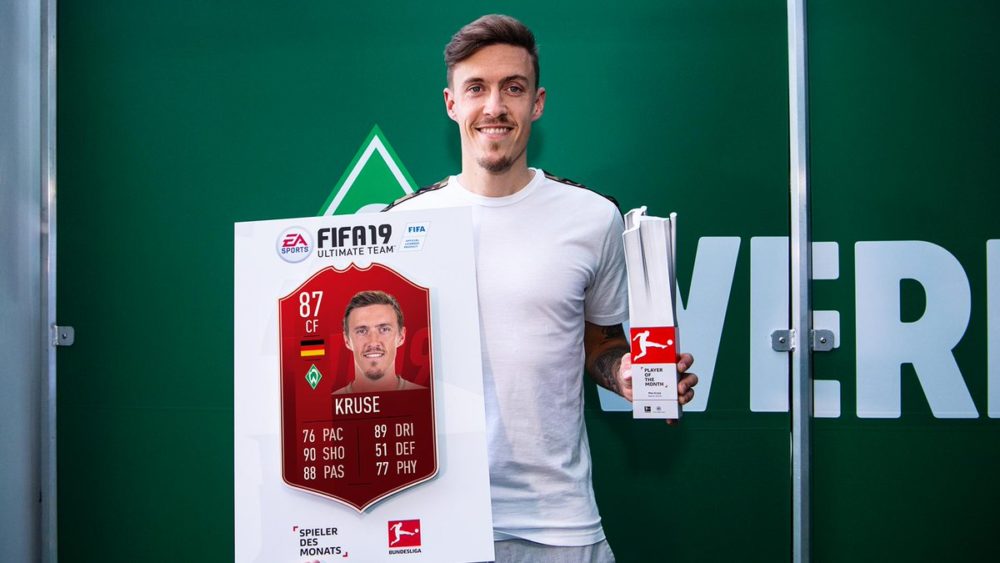 Since the card isn’t that desirable, with its low-ish rating and pace, it’s not a surprise that it’s quite cheap. Here are the requirements:

With 84 and 85 rated players being so expensive at the moment, it is helpful for the squads to be 83 rated, since those players haven’t gone up in price that much.

Luckily, you won’t have to stick to Bundesliga for either of the Kruse SBC squads, since you don’t need a huge amount of chemistry. The Premier League and La Liga are quite good options, since there are so many high rated players, but Liga Nos is probably the best option of all the FIFA 19 leagues.

Players like Felipe, Bas Dost, Jonas, and Danilo Perreira would all be good choices. You’ll then be able to slot in the Werder Bremen and Bundesliga players into the Kruse SBC wherever you can.

As for 83 rated players, Jonathan Tah, or one of the cheap goalkeepers would be the best players to use from the Bundesliga. Kruse himself might even be the best choice for the Werder Bremen player.

That’s everything you need to know about how to complete the Bundesliga Player of the Month Max Kruse SBC in FIFA 19. For more tips and tricks on the game, be sure to search for Twinfinite.