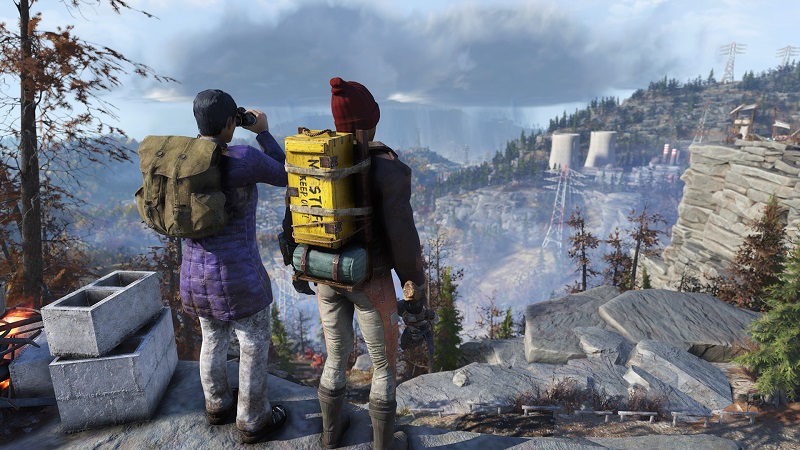 Bethesda revealed a couple of interesting new bits of info regarding the upcoming Wild Appalachia update for Fallout 76. Dubbed “Ever Upwards,” the update is slated to launch on May 7 alongside Patch 9 and will introduce a new faction to the game known as the Pioneer Scouts.

Players who want to join the new faction will start off as a novice Tadpole and can work their way up to the rank of mighty Possum. Along the way, Fallout 76 players can complete various activities that unlock badges which can then be traded in at Pioneer Scouts vending machines in exchange for new loot for their C.A.M.P.

Once players achieve the rank of mighty Possum, they will be able to unlock more difficult challenges along with better rewards, including a backpack.

Backpacks are a new addition to Fallout 76 that will become available next month once the Ever Upwards update launches. These items will function as you might expect and can be equipped to increase your total carry weight.

Backpacks can be customized with a variety of cosmetic skins and can also support several functional mods. A few noteworthy examples include armor plating, refrigeration unit, and of course, increased carry capacity mods. While equipped, backups will always remain visible over outfits and regular armor but will be hidden when the player is wearing Power Armor, though all their benefits will still count.

If you were thinking about giving Fallout 76 another try, now would be the perfect time to do it because Bethesda announced a new double XP event that takes place between April 25 at 12 PM EDT and April 29 at 6 AM EDT.

Bethesda released the first wave of Wild Appalachia content back in March and decided to split the game into Adventure and Survival modes just a couple of weeks later.

Earlier this month, Fallout 76 got a pretty beefy new patch that introduced a new Wild Appalachia questline along with a smaller update that added the controversial Repair Kit consumable to the Atomic Shop.