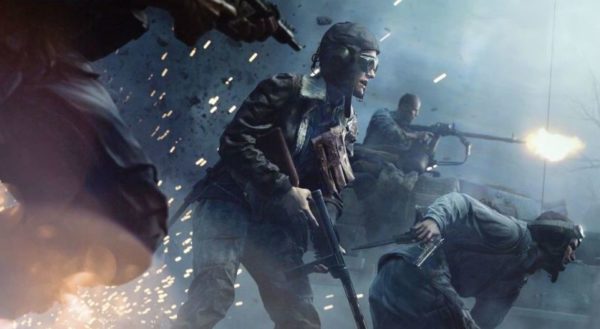 Electronic Arts and DICE will be introducing a new type of currency in Battlefield V purchased with real-world money tomorrow, April 4, the studios announced today.

The premium currency is called Battlefield Currency and can only be earned through buying it with actual money. The new currency will be used to unlock cosmetic items and sets alongside “time savers,” while the companies stressed in the FAQ will not affect gameplay with pay-to-win tactics.

Battlefield V nixed previous entries’ season passes and various microtransactions in favor of free content updates and Company Coin, a currency used to buy cosmetic items earned by playing the game with the option to get it with real money.

Another use for the new premium currency will be “Elite sets” that allow players to play as a distinct solder with a unique name and background throughout all Battlefield V multiplayer modes. The sets do not offer any gameplay advantage, but instead “a themed assortment of cosmetic items, character voice overs, a Best Squad animation, and an exclusive Special Assignment that helps bring to life the story of the Elite and unlocks a signature melee weapon.”

The last use for Battlefield Currency is for “time savers” that include Chapter Tier Catch-Ups and XP boosts. Previous Battlefield titles have offered “shortcut kits” that unlock weapons or equipment for an entire class or vehicle set with real money.

The Battlefield Currency and new Epic items will launch on April 4, while Elite sets and time savers will “arrive later.”

Electronic Arts and DICE are also adding two starter packs for the game that contain Battlefield Currency and an assortment of cosmetic items. No prices have been announced yet, though the packs will be available starting tomorrow.