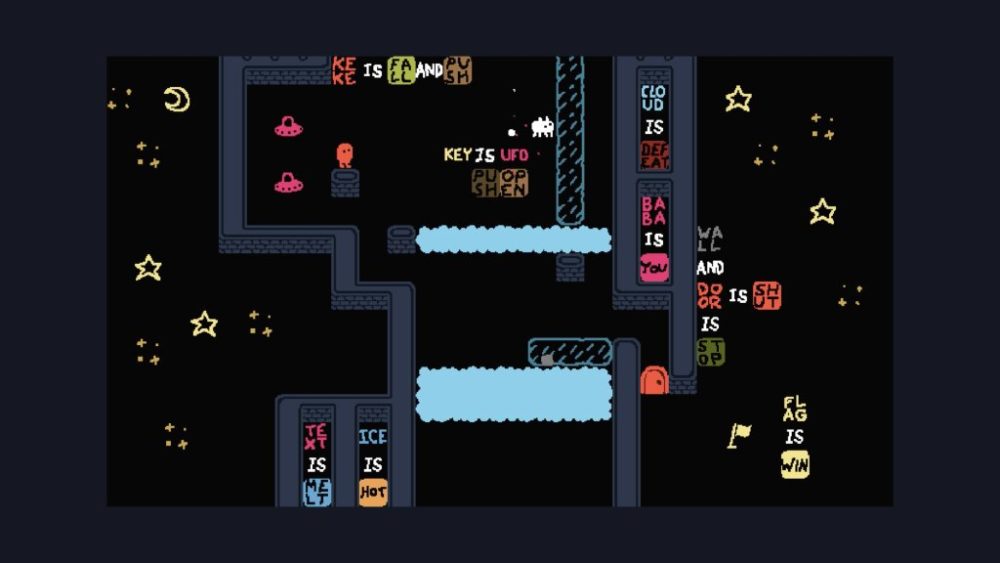 Is There a Level Editor in Baba Is You? Answered

Baba Is You is a complex puzzle game that will likely baffle a lot of people at first glance. Its levels, while short, are based on the manipulation of certain rules and there are loads of possibilities. It would be great, therefore, to use those rules to make your own levels. Here’s everything you need to know about if there is a level editor in Baba Is You.

Since, in terms of visuals and design, Baba Is You is quite simple, using certain words and shapes to create puzzles in small play spaces, it wouldn’t be too difficult for anyone who’s familiar with how it all works to create their own challenges.

Unfortunately, there is currently no level editor in the game. However, the developers have said that they plan to bring the feature to the game as soon as possible.

In a tweet just before the game’s release, they said, “Important note: Baba Is You will *not* have a level editor on launch. Making an user-friendly editor is a lot of work, and we decided to concentrate on finishing the game and chart out all that’s needed for the editor after release.”

They also wanted to make it clear that any level editor might not be the same on every platform, saying, “Also!! Do note that due to technical and other reasons, the Nintendo Switch version of the hypothetical editor would probably have somewhat more limited functionality, but it’s impossible to estimate at this point what that would entail, exactly.”

Therefore, while it seems like the creators of Baba Is You want to add a level editor to the game, they do not know when that will happen or what form it will take once it does. Of course, we will be sure to update you once it is revealed or added to the game.

That’s everything you need to know about if there is a level editor in Baba Is You. For more tips and tricks on the game, be sure to search for Twinfinite.

Comments
Continue Reading
Related Topics:Baba is You, is there, Level Editor