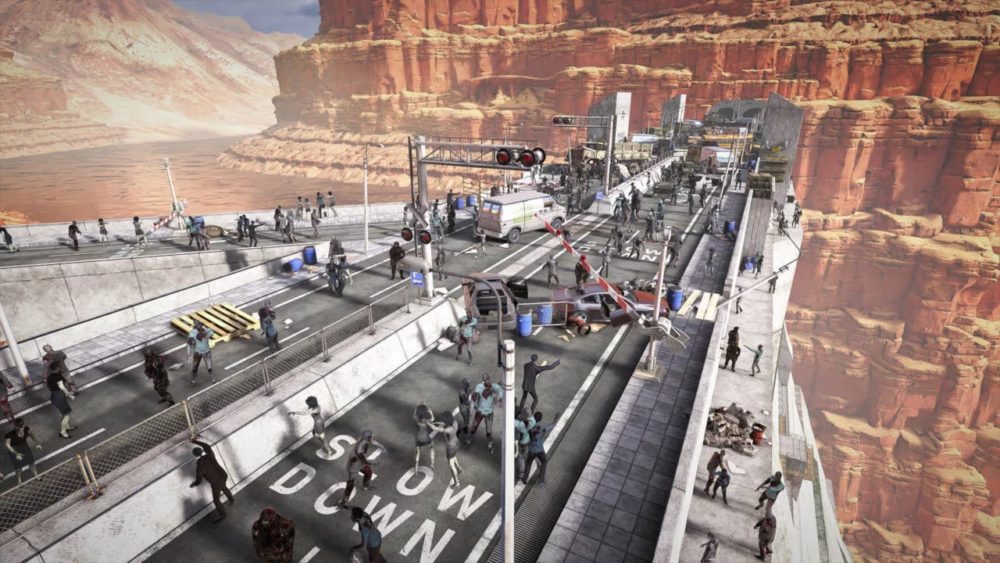 Arizona Sunshine is the zombie first-person shooter VR game that won’t quit. Just when you think its developers can’t add anything more to the game, they announce new DLC to bring gamers back into the undying fold.

Jaywalkers Interactive recently revealed through the PlayStation Blog it is continuing its partnership with Vertigo Games to produce a new piece of downloadable content for Arizona Sunshine. This DLC, titled The Damned, ties into the events of Arizona Sunshine’s previous DLC, Dead Man.

Dead Man revolves around launching a nuclear missile to stem the zombie outbreak, but you can’t exactly launch a missile without electricity. The Damned will task players with supplying said electricity by securing a hydroelectric dam. True to Arizona Sunshine fashion, the dam is crawling with shambling zombies.

Players can either tackle the zombie hordes alone or with a co-op friend as they shoot their way through waves of the undead. And, since The Damned DLC takes place in a massive dam, players will also have to deal with dizzying heights and damp, claustrophobic corridors. This DLC could potentially give some gamers vertigo.

Moreover, The Damned will further the story of Arizona Sunshine’s zombie apocalypse, as Jaywalkers Interactive touts it as a “story-focused chapter” where players communicate with their mission commander via radio. Whether or not the commander will spout exposition remains to be seen.

While The Damned DLC was announced on the PlayStation Blog, odds are good it won’t be exclusive to PS VR. Since Arizona Sunshine and its Dead Man DLC are also available on Steam VR, Oculus Rift, and Windows Mixed Reality, The Damned will likely be available on those platforms as well.

Arizona Sunshine – The Damned will launch later this summer at an unspecified date.