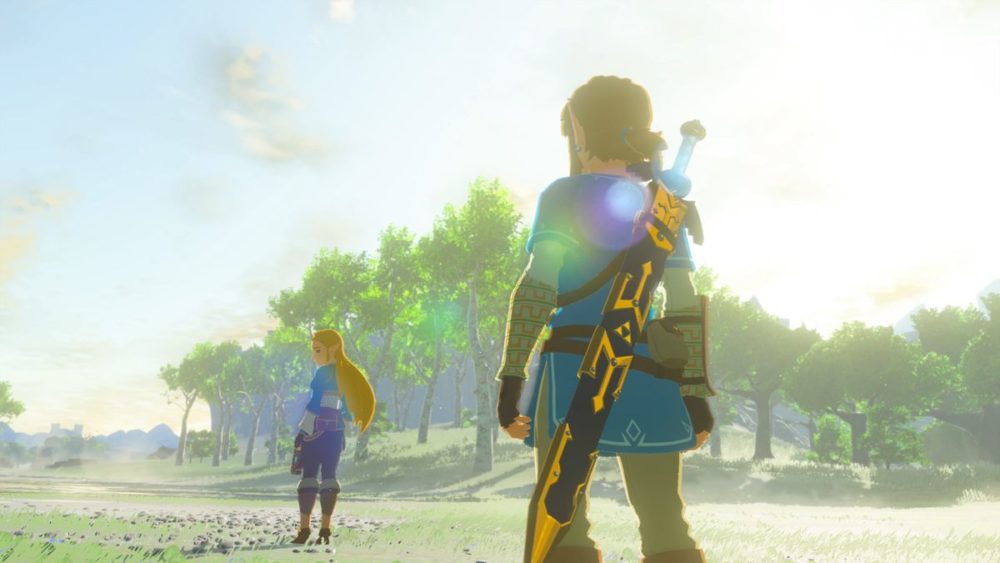 If you’ve been living under a rock, then you’re probably not up to date with all of the Sekiro discussion when it comes to having a lower difficulty due to player accessibility.

The argument about difficulties in video games has been part of discussions for like forever. Someone might want an easy game like Yoshi’s Crafted World to be more difficult while some would love for a game like Sekiro: Shadows Die Twice to have an easier mode for players that are struggling.

Well, if Sekiro would add a multiplayer mode to aid players that are repeatedly dying, like in Dark Souls, then maybe people would stop complaining about adding an easy mode to the game.

Everyone still plays on the set difficulty that the game offers, but if you feel the need, you can get some help, like a hotline to provide assistance only when you need it. Other players can jump online and help you defeat that crazy difficult boss that you’ve been chipping away at for a week straight.

You would be able to request help from others, but once you get through the point that you were stuck on, you can resume your playthrough like normal, as if nothing ever happened.

The Legend of Zelda: Breath of the Wild centers around exploration, discovery, and going on a wondrous and dangerous journey through the land of Hyrule.

Remember when you first start up the game and run into a deadly Guardian for the first time ever? It was terrifying and you probably died if you didn’t try to run away upon meeting it. It shoots these killer red lasers that will destroy your starter Link without a moments notice.

But, once you “level up” and obtain stronger weapons and equipment, these Guardians become a piece of cake to defeat. These moments of progression and self-discovery is what makes Zelda, Zelda.

Now, imagine being able to do all of the things that Breath of the Wild offers to the player but with your friend who lives far away from you, or just with your buddy on the couch. The two of you, discovering a ruined world together, going on adventures and defeating Ganon to save everyone.

Even when you beat the game together, you can use some of that imagination and create your own quests, just for funsies. “How about we go to each corner of the map without getting hit once?” “Let’s take down 100 enemies without any weapons besides a stick!”

Finding secret treasures, shrines, and solving puzzles as a team would make Breath of the Wild our game of the year, again!

Hold on, hold on; when I talk about bringing multiplayer into Resident Evil 2, I’m not talking about the main campaign, because that would surely ruin the single player experience that Capcom presents to us here.

Exploring the creepy abandoned Raccoon City Police Department by yourself with the colossal giant that is Mr. X following your every move would be all ruined if you brought another player into the mix. But, what if Resident Evil 2 was updated with a new multiplayer mode similar to Mercenaries mode that was present in RE 6 and RE 5?

You would get to choose your character from a huge selection of past Resident Evil characters; I’m talking Chris, Ada, Wesker, Jill, Sheva, Jake, and a couple more.

How Mercenaries mode works is that you and another person (you can play by yourself as well) enter a closed off area with a time limit. In that time frame, you have to kill as many enemies as you can, but you have to keep a combo up if you want to get a high score.

You can increase the initial time by smashing these colored crystals, but once you get all of those broken, that’s it. Using your time wisely, you must work together to kick some zombie butt and break your records.

Resident Evil 2 would surely benefit from a mode like this. Imagine how many people would pick up the game again after beating the campaign to check out the multiplayer? A lot of folks I bet.

So Capcom’s newest entry in their long-running hack and slash series, Devil May Cry 5, actually kind of has a multiplayer mode, but not really.

How it works is that when you are progressing in your campaign, there are moments when you see another character fighting enemies or traversing on a wall, but you actually cannot interact with them at all.

It’s very passive which is why I’m not considering it to be a proper multiplayer mode, which Devil May Cry 5 would totally benefit from.

You can team up with another player over online or even locally, letting you take on the devilish creatures of the underworld in a super stylish way – more stylish than the game already is. Imagine pairing up, pulling off sweet combos and being badasses together. Devil May Cry 5 is such a sexy game that adding co-op might break the game due to the elevated levels of hotness.

Until Dawn from Supermassive Games put players in control of a group of young twenty-somethings that end up in a spooky vacation home in the middle of nowhere.

Based on the decisions that you make with each character, their lives may come to an end unless you put them on the “right” path towards survival.

Until Dawn never implemented a multiplayer mode, but if other players from around the world could vote on each decision that the player made, then imagine how crazy things would get.

It would play almost like Twitch Plays Pokemon except you’re able to actually control what’s going on by voting on one of the decisions. The majority vote would win and would determine how the story is played out. With the help of dozens or even hundreds of other players watching the same playthrough, you might be able to either kill everyone or ultimately save each of the millennials.

It would be a novel idea that would give people a reason to check back into the game.