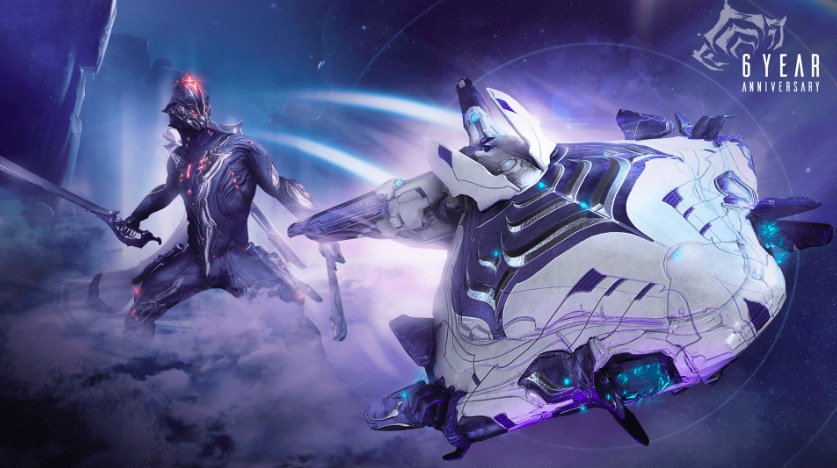 Once upon a time in 2013, the development team at Digital Extremes set out to create a co-op loot shooter featuring alien-robot-ninjas that jump high and hit hard. 6 years later, they’re celebrating WarFrame’s most successful year yet with nearly 50 million players.

As a special thanks for killing 783 billion enemies, having almost 50 million registered Tenno, and 1.8 million Floofs earned, Digital Extremes is offering a series of special alerts, or time-gated missions with increased rewards, in which you can earn an exclusive set of frame and weapon skins.

These alerts will be available from March 27th to April 10th on all platforms. The following items can be earned from said alerts:

Aside from these alerts, there will also be a special log-in bonus from Mar 27 that will give players the Dex skin for their ship and a special Excalibur noggle.

If all that isn’t enough of an anniversary celebration, ForFansByFans.com is also offering 15% off of WarFrame merchandise through Mar 31 when you use the code, 6YEARS, at checkout. Utilizing this code will also give you a chance to win access to the Mesa Prime Warframe before she’s put back into the vault.