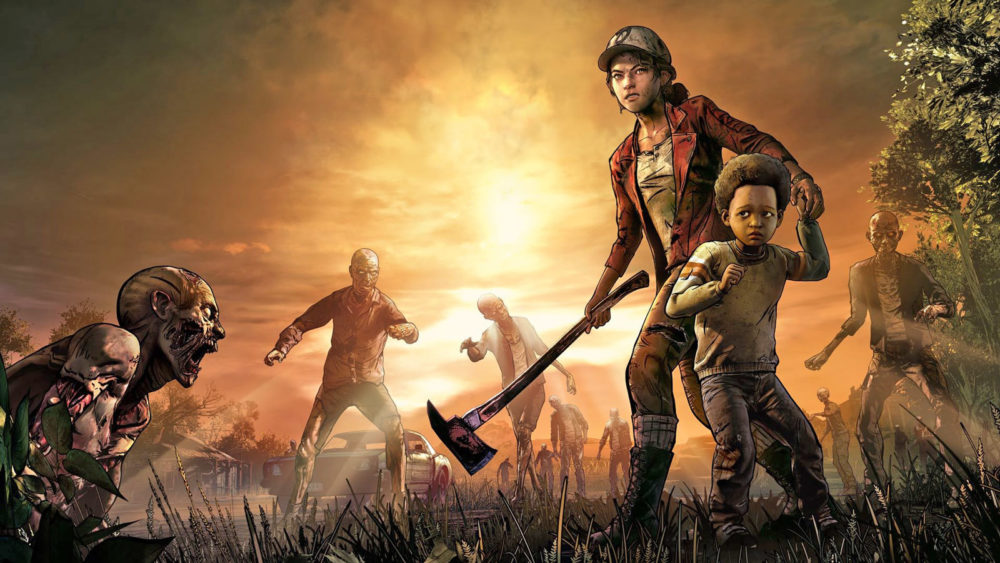 Episode 4 has four collectibles in total to find: James’ Walker Mask, the Calypso Cauliflower toy, a Crystal, and a Skull Fragment. The majority are found in the first quarter of the episode, so it’s important to keep an eye out for them early on.

Likewise, they can’t be retrieved after you leave these early areas, just like the collectibles from earlier episodes. As such, you’ll want to make sure you grab them if you don’t want to replay the episode from the start.

How to Find James’ Mask – Where to Find All Collectibles

This one acts as a freebie, given to you at one of two points on the story based on their choices from The Walking Dead Episode 3.

If players chose to spare Lily – and consequently led to James being killed – then they’ll receive the mask after killing a Delta survivor while escaping the ship.

A.J. will present it to Clementine before they continue their escape and head towards their final exchange with Lily.

Following his falling out with Clementine, he’ll leave his mask behind on the cave floor. A.J. will give it to the player before they leave the cave and advance to the next portion of The Walking Dead Episode 4.

The next of the collectibles can be found in the cave after players escape from Minnie and the Walker horde.

While searching for materials to light a fire, speak to A.J. After exhausting the dialogue clip, head to your right towards the rock column next to the lake. The toy will be on the ground a few feet from the water.

How to Find the Crystal – Where to Find All Collectibles

The Crystal is found in the same portion of the cave as the Calypso Cauliflower toy, though it’s on the other side of the cave.

Head toward where James and Tenn or just Ten are, depending on who survived the confrontation on the boat. Head past Tenn and hug the wall to your left until you come to a small patch of ground next to the lake.

There should be a twinkling at the center of this patch of ground. Examine it and you’ll pick up the Crystal.

The Skull Fragment is the final collectible in the game. It can be found in the shack where A.J. goes to put away his fishing spear after catching a few fish with Rosie.

After entering the Shack, turn to your right. There should be a small space in-between a large plank of wood leaning against the wall and a stove.

Examine the space and you’ll retrieve the Skull Fragment.

That’s all of the collectibles in Episode 4 of Telltale’s The Walking Dead’s Final Season. For more on the game, check out our full review of the long running series’ finale.