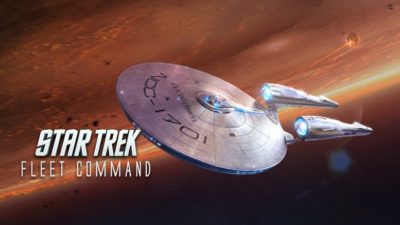 The hit mobile game is all about upgrading your station by completing missions and collecting resources so that you can expand your fleet of ships. It would be nice to add a little bit of personalisation to what you’ve built though, so here’s everything you need to know about if you can change ship names in Star Trek Fleet Command.

You add more and more ships to your fleet as you upgrade your station, adding more docks to use. As you add ships, they’re named by which dock they’re connected to. So Ship A, Ship B, etc. It’s all pretty dull, but it makes it easy to keep track of your ships and where they’re from.

Unfortunately, you’re not able to change ship names in Star Trek Fleet Command, so they’ll be stuck as the automatic name that are generated from the dock they’re linked to.

If you see other ships out in Star Trek Fleet Command’s world though that have names that are a bit more exciting, don’t worry, that’s not you being left out.

To every other player, your ship names are shown as your username, and that is the case for everyone else’s ships when you’re seeing them. They haven’t been able to change ship names themselves.

Since quite a few players have been asking for the ability to change ship names, as you can see from a few forum threads about the topic, it is possible that the developers (Digit Game Studios) add the feature in the future. Of course, we’ll be sure to update you here if and when that ever happens.

That’s everything you need to know about if you can change ship names in Star Trek Fleet Command. For more tips and tricks on the game, be sure to search for Twinfinite.