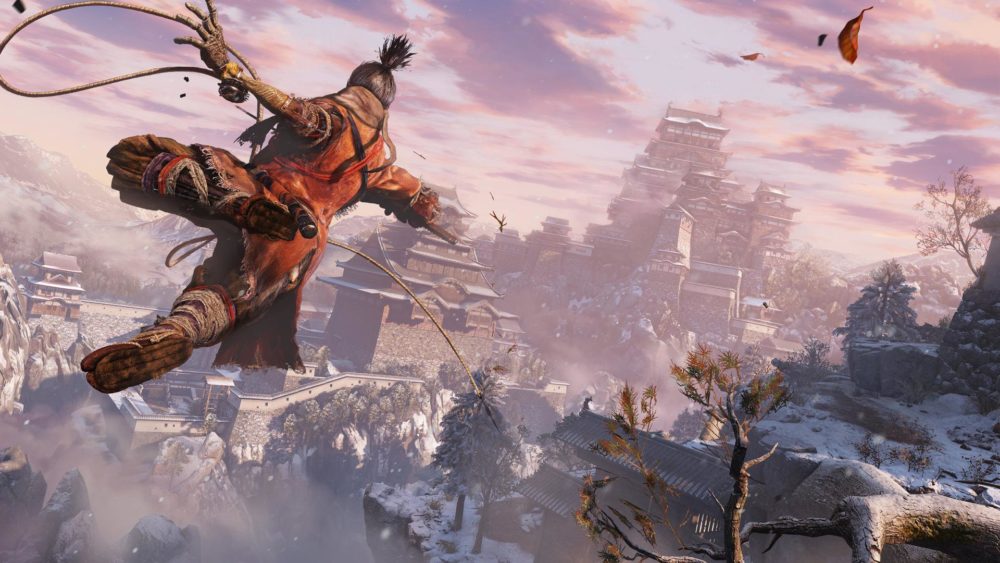 As the latest action game from From Software, Sekiro: Shadows Die Twice is quickly shaping up to be one of the most anticipated game releases of 2019. After all, the company is known for producing Souls and Bloodborne, two IPs that have been widely praised for their deep combat mechanics and challenging, but fun, difficulty curve.

Sekiro carries a lot of that Soulsborne ethos with it, but as we learn more about this game, it’s becoming increasingly clear that this will likely end up being a vastly different experience from those past games.

The biggest difference here is that Sekiro: Shadows Die Twice isn’t an RPG like Demon’s Souls, Dark Souls, or Bloodborne. For starters, there are only two stats you can level up: health and attack power.

Even then, you don’t gain traditional levels by killing enemies for experience points. Instead, you’ll be picking up key items from killing bosses in order to increase those stats.

This, alone, already adds a new layer of challenge to Sekiro as there’s no way to beat the game without actually, well, beating the game. Whereas in past Soulsborne games, you could kind of brute force your way through challenges by grinding and increasing your levels, that doesn’t seem to be the case in Sekiro.

If the only way to increase your stats is by killing bosses and elite enemies, then the game will quite simply be a matter of you having to suck it up and just get better as you play.

Add to that the fact that there’s no online play whatsoever in Sekiro: Shadows Die Twice, and players will almost certainly be completely alone in this experience. Without co-op or the ability to summon any other players to your world, you’re on your own whether you’re able to brave the challenges solo or not.

Apart from the core design differences, there are a number of gameplay differences to keep in mind as well. In some ways, Sekiro almost feels like an indirect follow-up to Nioh, especially with the incorporation of the Ninjutsu abilities and different combat arts you can unlock.

From what we’ve seen of the game, there are also extensive skill and upgrade trees to get into for each of the unique Prosthetic Tools you can pick up for the protagonist Wolf’s arm.

As the game isn’t actually out yet, it’s impossible to determine exactly whether Sekiro will deliver a more challenging experience than past Soulsborne games.

However, we can probably conclude that it’s going to be a relatively balanced game, as the stats stopgap allows the developers to design every single enemy and boss encounter without having to worry about disparate player levels.

This isn’t to say that there aren’t an overabundance of similarities, of course. While Sekiro does feature a protagonist that actually talks and has some personality, a lot of the game’s story presentation is extremely similar to the way the Soulsborne games have done it for the past decade.

A lot of the lore comes through item descriptions, along with cryptic lines of dialogue from the NPCs you meet in-game. The enemies and NPCs do seem a little more chatty than in your typical Souls game, but for the most part, it looks like there will still be a lot of hidden meanings and messages to infer from the environment itself.

Gameplay-wise, there are similarities as well. Bonfires return in the form of Sculptor’s Idols, you get Gourd Seeds to upgrade your Estus Flask equivalent, and there are still penalties for dying, though they don’t seem quite as severe in Sekiro. At least for now.

At times, it feels like From Software is falling into a bit of a routine or getting rather formulaic with the way they’ve been presenting their games and stories. However, the core elements of Sekiro: Shadows Die Twice are way different than what most Souls fans might be used to.

There’s a lot to be excited about here, and the best part is, even if you consider yourself a longtime Souls fan or veteran, you’re likely going to get your ass handed to you anyway.