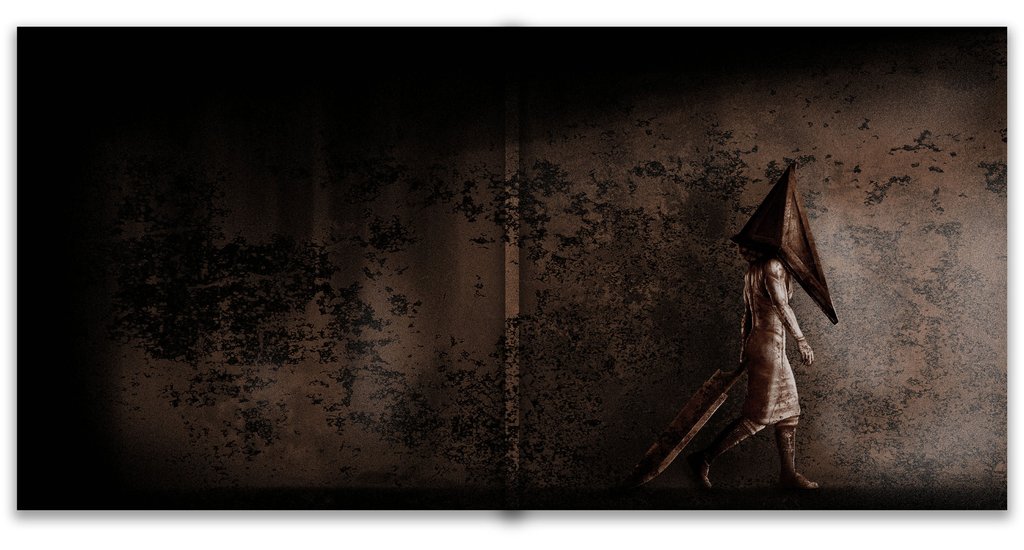 Mondo, the purveyor of unique posters, pins and other collectibles, will be releasing a beautiful vinyl pressing of Akira Yamaoka’s Silent Hill 2 soundtrack later this week.

Silent Hill 2 first released in 2001 and has since become a cult classic that, for many, stands apart from the franchise’s other entries. After Mondo released the first game’s soundtrack on vinyl in 2017, fans have eagerly awaited the same treatment for the sequel.

On Wednesday you can finally get your hands on the hauntingly beautiful masterpiece that helped create the unforgettable atmosphere of this survival horror gem. And, thanks to Mondo, it’s delivered in a presentation that’s just as hauntingly beautiful. Sonically, the soundtrack should be better than ever as well, as it has been completely remastered by James Plotkin.

In addition, new Silent Hill 2 pins will also be released at the same time. The pins will feature “Robbie” the rabbit and Pyramid Head’s… “head” respectively. Both pins will be 1.5” high and have been designed by Wolfe Connelly.

A vinyl version of the original Silent Hill soundtrack, which has since sold out, will be restocked at the same time. This one comes pressed on two white LPs, with custom cover art. Shipping for both records is available worldwide, but the pins will only be shipped to Europe and North/Central/South America.

These Silent Hill goodies are set to drop on Wednesday at noon (CT) via the Mondo webstore — head there for more purchase information. All items are expected to ship “late-March 2019” according to Mondo.

Below you can check the Silent Hill 2 records that look as haunting as they will inevitably sound.