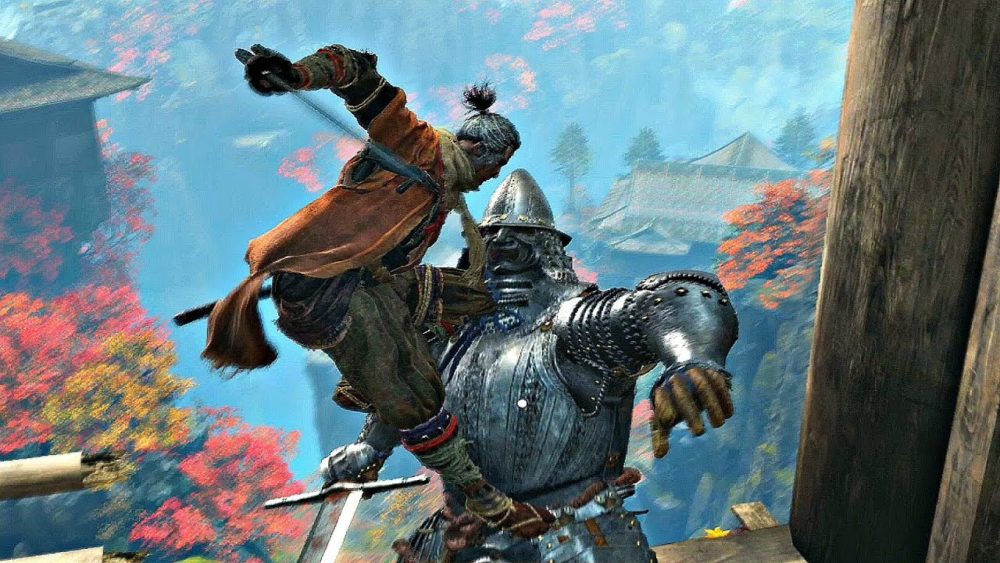 How to Beat the Armored Warrior in Sekiro

While you might initially think that the Loaded Spear would be effective in stripping away his armor, you’d be wrong. There’s no way to penetrate his plate armor, and your sword strikes deal next to no damage to his HP bar. This means that you’re going to have to rely on breaking his Posture to defeat him.

Thankfully, the Armored Warrior’s attacks are very telegraphed, making them extremely easy to deflect. His attack patterns consist of slow, side to side swings that you can parry easily, as well as faster overhead swings that can also be parried.

This Sekiro mini-boss is extremely aggressive, which means that there won’t be a lot of downtime for him to recover Posture. So, the more you deflect, the faster his Posture bar will fill up. Once it’s almost full, lure him to either side of the bridge, so that his back is facing the side.

Once his Posture bar is full, hit him with a Deathblow, and the Armored Warrior will automatically fall off the bridge to his death, killing him instantly. At the time of writing, getting him to fall off the side of the bridge seems to be the only surefire way to kill this mini-boss.

You only have to land one Deathblow though, so this should be a fairly manageable fight once you know the trick to killing him permanently.

That’s all you need to know about how to beat the Armored Warrior mini-boss in Sekiro. Be sure to check our Sekiro guide wiki for more tips and information on the game.